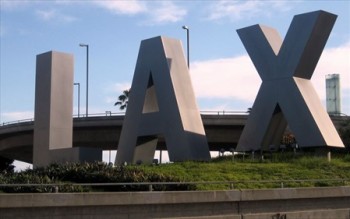 Several news outlets made errors — and quickly posted corrections in reporting on the shooting at Los Angeles airport Nov. 1.

As iMediaEthics previously wrote, the Globe and Mail admitted to an “unfortunate mistake” in reporting that former NSA chief Michael Hayden had been killed at the airport shooting. That report was based on a hoax tweet.

Below, iMediaEthics has collected a handful of other errors in the LAX reporting.

1. The Los Angeles Times corrected a Nov. 1 story about delays at the airport.  The story, “Update: Delays continue to grow after LAX shooting,” published on the Burbank Leader‘s website, has the following correction:

“[Editor’s Note: A previous version of this Los Angeles Times story stated that flights were diverted from LAX to Bob Hope Airport. This is incorrect.]”

The correction wasn’t published on the Los Angeles Times‘ website when iMediaEthics checked Saturday afternoon. We asked the Times writer, Hugo Martin, why. Martin quickly responded and explained that he didn’t have a chance on Friday to “file the correction” with the Times. About an hour after our correction request, Martin had gotten the correction posted to the Times’ website.

2. The Los Angeles Times also corrected its live blog on the shooting to reflect that the alleged shooter was alive. In an update, the Times wrote:

“The Times earlier reported that the suspect was dead. But sources have since told the paper that he is in critical condition.”

Correction: LAX gunman NOT killed by law enforcement. Gunman is in custody.

4. Southern California Public Radio 893 admitted to two errors in its reporting — the number of wounded, and the occupation of the suspect. Its correction reads:

“An earlier version of this story had a headline saying incorrectly that seven people were shot. It also incorrectly said that the suspect was a behavioral inspection officer, rather than the TSA officer who was killed. KPCC regrets the error.”