Australian Media Controvery -- Is outing a gay politician in the public's interest ?

Australian Media Controversy: Is outing a gay politician in the public’s interest? 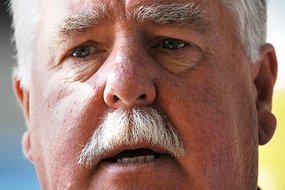 Australian media is currently figuring out the difference between what’s of public interest and what’s interesting.

Australian broadcast news Channel Seven reported this week that MP David Campbell had been seen exiting a male sex business May 18.  He had driven himself there in his government-issued car.  Channel Seven showed footage of Campbell leaving.

Campbell resigned from his post as minister of transport and roads May 20, Australian Broadcasting Corporation reported.

Channel Seven has defended its call to air the video and report on Campbell, ABC reported.  The Sydney Morning Herald reported May 22  that the station’s news director, Peter Meakin, had originally defended the publication of the story with the argument that Campbell used a taxpayer-funded car, but that he is now arguing the story is newsworthy because Campbell campaigned as “a family man” and was a police minister for 18 months.

”If the guy is a minister for police and is frequenting brothels and sex clubs, heterosexual or homosexual, I think that’s a matter of some interest because he is exposed and he is potentially compromised,” and

But, has Campbell’s “secret life” really affected his job performance?  And, as one commenter noted on the Street Corner Web site, would the public and media have reacted this way if Campbell were at an opposite-sex business?

But, ethicists and politicians don’t agree with Channel Seven.

ABC reported that the committee’s executive director Simon Longstaff said the coverage would only be OK if Campbell had taken a “strong moral stand on” what he was involved in.

As The Sydney Morning Herald reported May 22 there are many politicians in Australia who are gay.

ABC also reported that Campbell’s union, the Construction, Forestry, Mining and Energy Union (CFMEU), has more than 140,000 members and has been critical of the coverage.  ABC reported that its spokesperson, Andrew Ferguson, said “The private lives of members of parliament shouldn’t be splashed in a tabloid fashion around newspapers and newsrooms.  Politicians should be judged on their public performance, representing the interests of the people that elect them.”

The Australian reported that Australia’s premier Kristina Keneally said she thinks it’s “appalling” that Campbell kept the secret and that “we live in a society that he had to keep this secret.”  Keneally also said the news of Campbell at the sex business will stir debate on whether “a person’s sexuality has any bearing on their role as a member of parliament, as a minister, or on their job performance.”

David Marr wrote on The Sydney Morning Herald May 22 that the story is obviously interesting but not in the public interest. Marr wrote the only thing that Channel Seven has proven is that Campbell went to a gay sauna, which isn’t the public’s interest.

“Campbell was a hypocrite…but blowing his cover could only be justified if, once again, his hypocrisy affected his public life,” Marr wrote.

As of May 20 at 1:45 PM EST, a poll on Marr’s column showed that 77% of readers thought Channel Seven shouldn’t have aired the story.

ABC reported May 21 that the Gay and Married Men’s Association spokesperson Greg Smith said that “the story is a sad reflection of the media at its worst.”

Australian Media Controversy: Is outing a gay politician in the public’s interest?