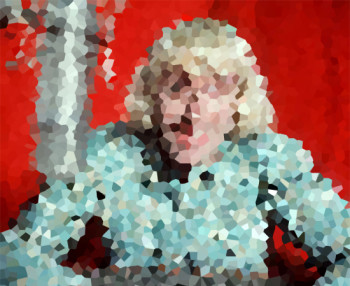 The BBC won’t use any old footage of its longtime host Jimmy Savile in its programs under a policy to protect viewers who may have been abused by him.

Savile, who died in 2011, was never charged with child sex crimes, but he has been accused of widespread abuse. The BBC has also been accused of covering up his crimes, as iMediaEthics previously wrote.

Savile “was a serial sex offender who abused hundreds of young people over six decades,” the BBC reports on its website.

A Top of the Pops 2 program that aired on Sept. 13, however, broke the BBC’s policy against showing Savile, The Guardian reported. The BBC has apologized for this slip up. The old clip showed “Savile wagging a finger at a female audience member,” according to the BBC’s website.

The BBC told iMediaEthics that it received seven complaints about the Top of the Pops 2 program.

iMediaEthics asked the BBC what exactly its policy concerning Savile states and if it also prohibits footage of him being shown in news reports about his alleged crimes. We also asked when the policy was created and what prompted it.  The BBC simply sent the following statement in response:

“We have reviewed references to Jimmy Savile across archive footage, including a number which were brought to our attention. Where the material is likely to cause offence to his victims it is removed. Although all programmes are reviewed before broadcast, unfortunately this brief appearance was missed. It was removed from iPlayer as soon as we were made aware and replaced with a re-edited version. We apologise for any distress caused.”

When asked again for more information, the BBC said, “We have nothing further to add the line as it says ‘where the material is likely to cause offence to his victims it is removed.'”

Liz Dux, a lawyer at a firm representing 174 alleged victims of Savile, explained to The Guardian that seeing Savile on television is “a constant reminder of what they have been through” and that it caused “distress” and “suffering.”