Bloomberg to Get Ombudsman to Handle Complaints, Standards Editor for Accur

Bloomberg to Get Ombudsman to Handle Complaints, Standards Editor for Accuracy 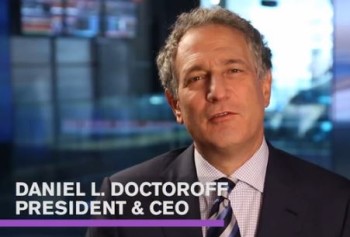 Daniel Doctoroff, the CEO of Bloomberg, issued a statement last month about a legal and ethical review of the company. (Credit:Bloomberg, screenshot)

Bloomberg LP, which is the parent company for media outlets including Bloomberg News and Bloomberg Businessweek, said last month that it plans to create an ombudsman position, Reuters reported.

The announcement came “after a report confirmed its journalists routinely looked at client information intended for customer support employees.”  Until the privacy gap was revealed in April, Bloomberg journalists were able to find contact information and read “anonymous chat rooms set up for commodities traders,” Reuters added.

Bloomberg made the ombudsman announcement in response to its published reports about the legal and ethical aspects of journalists accessing client information. For both the legal review by law firm Hogan Lovells and “regulatory compliance consulting firm” Promontory and the ethical review by former New York Times public editor and former Bloomberg News Editor-at-Large Clark Hoyt, Bloomberg gave “unfettered access to the company, its people and its records,” including interviews and review of company information.

Doctoroff laid out some of the “key actions” it is taking in response to both reports including more training, “third-party testing and reviews of our information security and client data controls,” and more bureaucracy, such as adding a Chief Risk and Compliance Officer and bulking up “policies and practices.”

On the ethics side, Bloomberg is creating at least two new positions to enforce ethics and standards, boosting training and policies, and setting up a “Standards and Practices Task Force,” according to Doctoroff.

The two new journalism jobs will be “an Independent Senior Editor ” — essentially an ombudsman or public editor to deal with complaints independently — and a “newsroom Standards Editor” to take charge of “The Bloomberg Way’s high standards for accuracy, rigor in reporting, balance and tone.”

“With one exception, detailed in the report, Hogan Lovells and Promontory found no evidence that journalists had used sensitive client data in news stories (the affected client is aware of this situation). The report also confirms that journalists’ access to client data is the same access that non-employee terminal users have.”

“On question 3, as covered on page 10 of the reports, Hogan Lovells and Promontory ‘identified one instance in which journalists had access to information regarding a planned offering of a mortgage-backed instrument. That information was accessible to all Bloomberg employees, but non-employees required a password to access it. A Bloomberg reporter used this information to publish a short description of the instrument. The reporter and editor responsible for the description stated that they did not know that the information was not available to all terminal users. Prior to our engagement, Bloomberg became aware of this access issue and promptly corrected it. Journalists no longer have access to such data. Bloomberg has taken appropriate personnel actions in order to reinforce the importance of protecting Client Data and using sound judgment when gathering information for articles.'”

Bloomberg to Get Ombudsman to Handle Complaints, Standards Editor for Accuracy