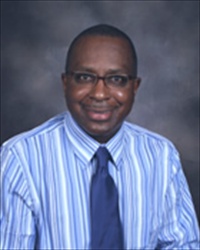 He had shut down the newspaper after its student journalists published an article that seemed to implicate the school in a student’s death.

But, in early April, Lundie stated that there was miscommunication, that the newspaper wasn’t being shut down, and that the adviser has been reinstated.

StinkyJournalism recently wrote to Tustin Amole, the spokesperson for Overland’s school district asking about the future of the school’s newspaper, the Overland Scout.

Amole told StinkyJournalism via e-mail that next year, “the newspaper class will continue as planned, but with some changes in its curriculum.”  Laura Sudik, the newspaper’s adviser, will remain the adviser, even though she was reportedly both removed and re-instated earlier this year.

This follows Student Press Law Center, Adam Goldstein’s public questions in a late April blog if that reinstatement of the newspaper and its adviser would last through next school year.

Next year, the newspaper class will “produce” eight editions — four in print and four online.Also, according to Amole, “A new program in communication technology has been created at the Institute of Science and Technology (IST) on the Overland High School and Prairie Middle School campus with a different teacher and the newspaper class also will work within that program to learn about online publishing and communication technologies.” The school will also add “television production” to its curriculum.

Amole added that “the discussions about the changes” for Overland High School’s newspaper started in the fall of 2010.

Goldstein questioned Lundie’s accountability as it appears Lundie himself plagiarized from other high schools in his postings on the school’s website.  Goldstein explained that he checked out Lundie’s messages and newsletters posted on the school’s website and found  “some amount of copied, unattributed source material, varying from rearranged sentences to cut-and-pasted passages.”

Goldstein noted that Overland’ High School’s school guidelines define plagiarism as “stealing” and that students caught plagiarizing may be expelled.

Goldstein added that in late April, Lundie sort of admitted to plagiarism.  Lundie wrote on the school’s website that he “used statements from educational sources and did not reference those sources,” according to Goldstein.

However, Goldstein marked that as “an intentional mischaracterization.”

“I would posit that there is a difference between failing to attribute the origin of a statement, and wholesale cutting and pasting of other peoples’ work with your signature attached,” Goldstein commented, questioning if students could get away with what Lundie did.

Colorado’s KDVR TV reported that school district spokesperson Tustin Amole confirmed Lundie “admitted he did it” and that Lundie “is under investigation for his plagiarism.”