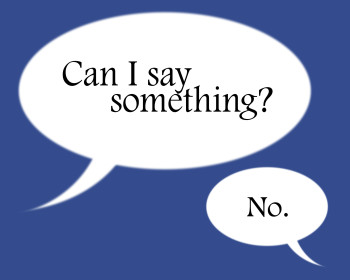 While many sites in recent years have closed their comments section because the tone became too nasty, abusive or filled with personal attacks, NPR’s decision last year was for more practical purposes. NPR explained it was shutting down its online comments after its internal research found less than 1% of its audience was actually using the comments section. In addition, the costs of running a comments section and keeping it on-topic were skyrocketing. NPR had offered online commenting for eight years before removing the feature, Jensen wrote last year.

“I don’t foresee us, at this point, adding comments on the site,” Sara Kehaulani Goo, NPR’s interim managing editor for digital news, told Jensen. Goo added that NPR reviewed other options for online commenting but didn’t find any that worked for NPR; iMediaEthics has asked NPR what those options were, and if NPR staff has seen an increase in comments from readers through social media.

Readers and listeners can still weigh in through comments on social media, Jensen noted, and NPR even has a Facebook group that “includes participation and monitoring by NPR staff.” Some NPR member stations’ websites allow online comments, though.

This summer, MSN quietly ended online comments on its website, as iMediaEthics reported.A spokesperson for Microsoft said the comments section had a problem with “abusive and offensive” posts.  Similarly, Montana’s Bozeman Chronicle axed its online commenting because the section had devolved to “I’m smart, you’re dumb.”

Jensen’s column was last month, not this month.