Dowd Plagiarism Scandal Part of a Larger Problem at NYT 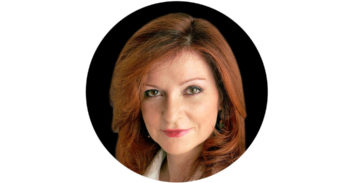 Pulitzer-winning columnist Maureen Dowd spent this week under fire amid criticism for plagiarizing content from a political blog, but do her actions –and the slim reaction from the New York Times itself–reflect a culture of nonchalance towards journalism ethics in the Times’ newsroom?

TheJoshuaBlog was first to point out that a paragraph in Dowd’s column matched one in Joshua Marshall’s (no relation) site, TalkingPointsMemo (TPM).

Dowd admitted the content was not hers in an e-mail to the Huffington Post and claims she never read the blog but heard a friend make the point she wrote about.  Given the size and precision of the material, this seems a bit unlikely that this was spoken to Dowd by her “friend” which she later wrote down–verbatim .

Marshall’s version: “More and more the timeline is raising the question of why, if the torture was to prevent terrorist attacks, it seemed to happen mainly during the period when we were looking for what was essentially political information to justify the invasion of Iraq.”

Dowd’s version: “More and more the timeline is raising the question of why, if the torture was to prevent terrorist attacks, it seemed to happen mainly during the period when the Bush crowd was looking for what was essentially political information to justify the invasion of Iraq.”

Beyond our intuition, linguists know from quantitative research that spoken words and written words are, essentially, two different languages distinguished by separate word phrasings, choices and sentence structures. We explored these difference when looking for a scientific basis for examining Jared Diamond’s oddly erudite and complex quotations in The New Yorker (April 21,2009) more strangely attributed to indigenous Papua New Guinean,  Daniel Wemp (who denied ever saying the words). Professor Douglas Biber, Northern Arizona University, Applied Linguistics Program, an expert in measuring the differences between written and spoken language, concluded after his analysis that Diamond had almost certainly wrote the alleged spoken words.

In this linguistic context, a great post by Mark Liberman in Language Log suggests an experiment that brings home this point: “Let’s try a little (thought) experiment in verbal short-term memory. First, find a friend. Then, find a reasonably complex sentence about 45 words long, expressing a cogent and interesting point about an important issue — say this one from a story in today’s New York Times: ‘But the billions in new proposed American aid, officials acknowledge, could free other money for Pakistan’s nuclear infrastructure, at a time when Pakistani officials have expressed concern that their nuclear program is facing a budget crunch for the first time, worsened by the global economic downturn.’

Liberman continues, “Now call your friend up on the phone, and have a discussion about the topic of the article. In the course of this conversation, slip in a verbatim performance of the selected sentence. Then ask your friend to write an essay on the topic of the discussion. (OK, this is a thought experiment, right?) How likely is it that the selected sentence will find its way, word for word, into your friend’s essay?”

Liberman then quotes the bunk excuse Dowd sent to Huff Post and NYTPicker. Dowd wrote: “I didn’t read his blog last week, and didn’t have any idea he had made that point until you informed me just now. i was talking to a friend of mine Friday about what I was writing who suggested I make this point, expressing it in a cogent — and I assumed spontaneous — way and I wanted to weave the idea into my column. but, clearly, my friend must have read josh marshall without mentioning that to me.”

He concludes: “As a college professor, I’ve heard many excuses for plagiarism over the years, but I don’t believe that I’ve ever heard one quite that lame.”

The JoshuaBlog agrees: “Dowd’s excuse is bullshit. It wasn’t a line she picked up from a friend. It was a paragraph. The truth is, all she had to do was say, ‘My bad. I forgot to attribute it to Josh Marshall. I was in a rush.’ Or, something like that. Instead, she dug deeper by lying. There’s no way ‘a friend’ remembered the PARAGRAPH verbatim, and then was able to relay it to Dowd, verbatim. Remember that game, The Telephone Hour?”

The Times’ spokesperson, as quoted by Politico reveals the Times’ defense (emphasis ours): “Maureen had us correct the column online as soon as the error was brought to her attention, adding in the sourcing to Marshall’s blog. We ran a correction in today’s paper,  referring readers to the correct version online. There is no need to do anything further since there is no allegation, hint or anything else from Marshall that this was anything but an error. It was corrected. Journalists often use feeds from other staff journalists, free-lancers, stringers, a whole range of people. And from friends. Anyone with even the most passing acquaintance with Maureen’s work knows that she is happy and eager to give people credit.”

The key point here, of course, is the Times’ mention of Marshall (aka “the alleged victim”). As law enforcement officials know well, if the victim says there is no crime, too bad, case closed.

Indeed, Marshall wrote on TPM under headline “Very Briefly on Dowd” : “I generally think we’re too quick to pull the trigger with charges of plagiarism. I haven’t said anything about this because I really didn’t think I had anything to add. Whatever the mechanics of how it happened, I never thought it was intentional. Dowd and the Times quickly corrected it, which I appreciated. And for me, that’s pretty much the end of it.”

But IS THAT REALLY the end of the Dowd affair for the public? We don’t think so. The Times is the same paper that weathered the Jayson Blair scandal in 2003 and emerged promising changes to the newsroom continues to betray its readers, in other less publicized cases, in our view.

Last February, for example, Slate’s Jack Shafer, as reported in RegretTheError, exposed an instance of Times reporter Alexei Barrionuevo lifting content.  The Times apologized, but Barrionuevo plagiarized again only a week later..  Shafer even caught a third instance of plagiarism within the same month by a different writer.

The worst thing about what, appears to be a pattern of plagiarism by Times writers, is that the transgressions– post Jason Blair– seem to have no consequences, and when they do, they are late in arrival. The paper has done nothing to correct Dowd even though it is likely that she not only cribbed content, but worse, tried to cover it up. They didn’t fire double-plagiarist Alexei Barrionuevo when initially caught and they allowed their misgivings about Jayson Blair to go unchecked for an exceedingly long time until the issues were forced upon them by others.

Marshall, whose work was cribbed, turned out to be the Times’ key defense and Dowd’s life saver. If he has no complaint about her stealing his stuff, and later, fibbing to cover-up, then, hey, what’s YOUR problem?