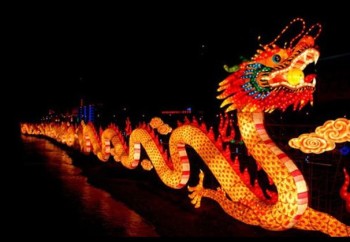 A satire story told readers what names not to choose when picking an English name. One example? Dragon. (Credit: Wikipedia)

Multiple news outlets including the Washington Post and the BBC were duped by a fake news site posing as Chinese public broadcaster CCTV.

The Oct. 19 phony story was headlined “Tips for Chinese choosing an English name.”

It lists as good names “‘proper’ traditional names” like Elizabeth, Michael and William. No-no names include “Surprise, Dragon, Fish [and] Lawyer,” as well as “food as a name” such as Apple or Candy. Other names you may not want to use include “Obama, Einstein or Madonna,” but common celebrity names like Nicole (from Nicole Kidman) are OK. Other bad names the site lists are “Hercules, Satan, Dumbledore or Jesus.”

A screenshot detail of the article is below

The real CCTV English-language news site is at the web address www.english.cntv.cn. Below see a screenshot.

The fake site is at: www.cctvnews.cn. See a screenshot below from July in the WayBack Machine.

The satirical site has pubished numerous stories but not nearly as many as the real English-language version of the CCTV site, which is loaded with articles. Other headlines on the fake site include:

The satire article on English names has apparently been removed. Links for the article and other articles go to an error page.  The actual website’s homepage says “Our website is under construction, coming up soon.”

Only One Duped Outlet Corrected, 2 more Correct after iMediaEthics inquiry

The Washington Post was duped by the naming story, but posted a correction to acknowledge it was tricked.

The Oct. 20 Washington Post story’s correction reads: “Correction: An earlier version of this story reported that the original post was from CCTV. It was, in fact, by a satirical news site.”

iMediaEthics has written to the Post reporter to ask how he learned of the error.

iMediaEthics asked four other outlets if they would follow suit and correct their articles.

BuzzFeed told IMediaEthics by e-mail it would correct. The following update is atop the article now:

“This story was a hoax written by a site which appeared to be the English-language website of the Chinese state-run broadcaster, CCTV. And we fell for it.

“The original blog post, which was cited by us and other publishers, was published at cctvnews.cn. The fake site used CCTV’s logo and embedded tweets from the official @CCTVNEWS Twitter account.

“The actual URL of CCTV English is english.cntv.cn.

The BBC didn’t respond to iMediaEthics’ inquiry, but within days of our e-mail asking if the BBC would correct, it did just that.

The BBC re-wrote its article to be headlined, “China: Satirical site warns citizens over name choices.”  The following correction was added:

“Correction 9 December 2014: An earlier version of this story said the post came from the official CCTV website. The post was actually from a satirical news site.”