Is anonymous commenting ending on the web? NY Post writer thinks so.

Is anonymous commenting ending on the web? New York Post writer thinks so… 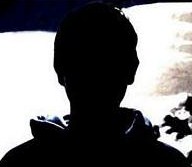 The New York Post’s Annie Karni wrote in a July 18 column that she believes recent lawsuits indicate Internet anonymity in comments sections and blogosphere is coming to an end.

Karni cited several cases of legal actions brought by individuals aggrieved by what they claim are defamatory comments made by anonymous writers.

An anonymous blogger wrote defamatory comments about Bolla on a real estate blog. The unidentified poster accused Bolla of “flouting landmark laws” by breaking renovation permits and unfairly exploiting property for financial gain. The comments, originally posted on small, anonymous blog, called Architakes, were picked up by the bigger more widely-trafficked real estate website, Curbed.  As a result of the comments, which Bolla says are false, the Buildings Department started  an investigation against Bolla, Karni reported.

In June, Bolla filed a suit to identify the blogger through Architakes’ host company.

“If he wins, Bolla will be given the blogger’s name, e-mail logs and phone records — information that might lay the groundwork for a civil lawsuit to seek monetary damages.”

Karni wrote that the anonymous blogger in the Bolla case has already been revealed as David Holowka.

Karni reported that Eben Moglen, a Columbia University Law professor, said “In general, people shouldn’t expect much for their anonymity on the Internet…once you’ve turned over your information to a blog or to a host company, that information belongs to someone else.”

Bolla’s case is not alone in New York courts.  Karni cited three other New York cases seeking the identities of anonymous commenters – one involving Major League Baseball, another involving lawyer Donato Guadagnoli, and the last one about model Liskula Cohen.

“In the past month, Manhattan-based lawyer Donato Guadagnoli filed court papers petitioning Google to give up the identity of an anonymous blogger writing ‘defamatory’ posts on the website Ripoffreport.com.”  Guadagnoli wrote about those posts on his law firm’s website last year.

It’s not just individuals who feel defamed who are suing to unmask commenters.  Some companies, when flamed, have filed lawsuits  as well.

Reuters wrote June 4 that one MLB commenter threatened another commenter and attached sexual images.  A lawsuit was filed in New York State Supreme Court against the MLB’s Internet service provider, Charter Communications.  MLB tried to ban the offending commenters but hasn’t had any success, Reuters wrote.

Karni remembered that model Liskula Cohen sued Google to find out the identity of the anonymous blogger who wrote defamatory comments about her on a now-defunct blog called  “Skanks in New York.”  Karni wrote that Cohen’s case “set the precedent in New York over blogger anonymity.”

“No one suggests a right to protect anonymity when it comes to defamation,” Karni reported Moglen said.

Joel Reidenberg, founder of the Center on Law and Information Policy at Fordham University Law School, told Karni if anonymous comments defame someone and “the victim would be likely to prevail in a defamation lawsuit,” courts tend to identify the anonymous person.

An exception iMediaEthics wrote about May 14 is when the New Hampshire Supreme Court protected the identity of anonymous commenter “Brian Battersby” who wrote on a mortgage industry watchdog website.

Lawyer Jeremy Eggleton told iMediaEthics at the time that the court applied the Dendrite Test. which “weighs the rights of the potential litigant seeking the identity of the poster against the right of that person to speak anonymously, and requires evidence—not mere allegations—that the speech in question was actually defamatory, or not protected, and actually injured the person seeking the poster’s identity before the identity can be revealed,” Eggleton wrote in an e-mail.

No More Anonymous Comments at The Buffalo News

“It is the ability to remain anonymous that encourages people to say whatever they want [online] … when people are required to give their names, our thinking is that they’ll think twice,” CNN wrote that Buffalo News’ news editor Margaret Sullivan said.  CNN reported  that the new policy will require one to provide one’s real name, city of residence and phone number to comment.

CNN wrote some Buffalo News users are concerned about having their hometowns and real names posted online. “I’d rather not take the chance that some lunatic does not agree with my point of view and tries to tell me that face to face,” CNN reported one user wrote.

iMediaEthics wrote March 25 wondering if anonymous comments should be banned from news sites following a Twitter debate between journalists Mathew Ingram and Howard Owens. Ingram and Owens offered the two opposing perspectives for anonymous commenters – arguing the reasons why they’re for them and against them. .

iMediaEthics wrote to The Buffalo News’ Margaret Sullivan and will update with any response.

Is anonymous commenting ending on the web? New York Post writer thinks so…