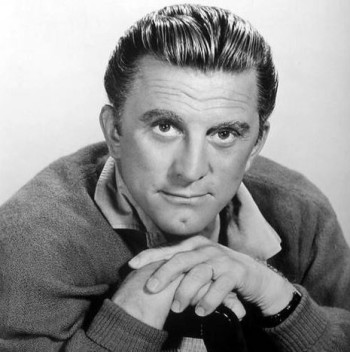 A promotional photo of Kirk Douglas in 1963 (Credit: Wikipedia)

People‘s website published a pre-written obituary announcing Douglas’s death, but he is “very much alive” and the obit “was obviously not meant to publish,” the Hollywood Reporter reported.

People has since unpublished the obituary. “Neither Kirk Douglas nor People Magazine is commenting” on the error, the Washington Post reported.

In this case, People published on its website a story with the headline “DO NOT PUB Kirk Douglas Dies.” Details about his death, including when, where and why he died, were marked with placeholder text. It read in part,

“Kirk Douglas, one of the few genuine box-office names to emerge just as TV was overtaking American culture in the years right after World War II, died TK TK TK.  He was 97 (DOB 12/9/1916) and had been in good health despite having suffered a debilitating 1996 stroke that rendered his speech difficult.”

In June 2013, Germany’s Deutsche Welle published its obituary for Nelson Mandela about six months before he died.

And in 2011, the Washington Post published an obituary for Christopher Hitchens — who had died — with placeholder text for place and cause of death.