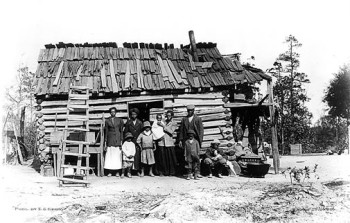 The New York Times won’t be sued for libel over its article quoting a Loyola professor saying slavery was “not so bad,” the Columbia Journalism Review reported.

The professor, Walter Block, said the Times took his comments “out of context” and suggested he “is a racist, a supporter of slavery, and/or against the Civil Rights Act … solely because of racial prejudices,” the judge’s ruling stated.

“What upset me was that the NYTimes took my comments entirely out of context,” Block wrote to iMediaEthics. He went on:

“I was trying to explain libertarianism to them. in this regard I tried to examine precisely WHY slavery was an abomination, a heinous rights violation. My answer, it had nothing to do with picking cotton, singing songs, eating gruel. Rather, slavery is a vicious evil because it violates the non aggression principle. I made a hypothetical. suppose there were a system that resembled slavery in superficial ways, but was entirely voluntary. I said that that was ‘not so bad.’ From this they concocted the claim that I supported ACTUAL monstrous slavery.”

Block said he did complain to the newspaper before filing a lawsuit and asked for a retraction or clarification but “I got a response saying they stood by what they wrote.” But, the judge dismissed the lawsuit. CJR reported, “Under the anti-SLAPP law, defendants can get a libel suit tossed if the case involves an exercise of the freedom to speak on a public issue, and if the plaintiff fails to ‘demonstrate a probability of success on his or her own claim.'”

Block was interviewed for the Times Jan. 25, 2014 article “Rand Paul’s Mixed Inheritance,” by Sam Tanenhaus and Jim Rutenberg. One paragraph of the article refers to Block by name. It reads:

“Walter Block, an economics professor at Loyola University in New Orleans who described slavery as ‘not so bad,’ is also highly critical of the Civil Rights Act. ‘Woolworth’s had lunchroom counters, and no blacks were allowed,’ he said in a telephone interview. ‘Did they have a right to do that? Yes, they did. No one is compelled to associate with people against their will.'”

Another sentence in the article does not name Block but refers to him and is listed in the lawsuit. It reads:

“One economist, while faulting slavery because it was involuntary, suggested in an interview that the daily life of the enslaved was ‘not so bad – you pick cotton and sing songs.'”

“Perceptions about Block’s notions of race related issues were largely fueled and published by Block himself. In this regard, Block cannot complain about resulting perceptions of insensitivity and levity on serious issues like slavery,” U.S. District Judge Ivan Lemelle wrote. See here the ruling.

In addition to dismissing the lawsuit, Block must pay the Times‘ “reasonable attorney fees and costs.”

A screenshot from the Times article

Block “does not deny making the statements attributed to him,” the judge noted and pointed out that Block had made some of the comments previously in a blog post. “He acknowledges having made” the comments, the judge ruled so Block can’t say the quotes were fake or malice. The judge further pointed out that “the article does not state that Professor Block is a racist, a supporter of slavery, or even that he opposes the Act on the basis of racial prejudice.”

Block didn’t prove “the requisite elements for a defamation claim: falsity, defamatory and actual malice” so his lawsuit was dismissed, the judge explained. Block also couldn’t prove that he had “a probability of success” so he can’t sue for false light invasion of privacy.

“The Court finds that the references made to Block are not capable of defamatory meaning, nor do they place him in a false light,” the judge wrote. “Nothing suggests that permitting discovery would allow Professor Block to establish anything that might help him successfully oppose the defendant’s motion.”

In an e-mail to iMediaEthics Block called the ruling “unjust” and that he filed an appeal already. He also pointed to his May 16 blogpost expanding on his thoughts regarding slavery and this incident.

At the time of the Times article, more than a dozen of Block’s colleagues at Loyola complained to the university about his comments, and Block himself complained on a website LewRockwell.com, the New Orleans Times Picayune reported.

“We are outraged over the views espoused by” Block in the article, the faculty members wrote.  Further, they wrote that they want the university “to take the long overdue and necessary steps to condemn and censure Professor Block for his recurring public assaults on the values of Loyola University, its mission and the civil rights of all Americans.” The university’s president Father Kevin Wildes also said he was upset about the quotes.