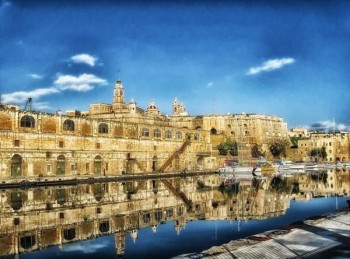 Earlier this month, iMediaEthics wrote about the Institute of Maltese Journalists’ plan to create a new ethics code for the country’s journalists. iMediaEthics heard back from the institute‘s chairman, Malcolm Naudi, with more information about the ethics code and the council’s work

Below, see a Q & A with Naudi, who responded on behalf of the council:
iMediaEthics: What is the plan for the ethics code? How will it be created and when will it be ready? What are some of the changes planned and why is it necessary to update the current code?

Naudi: The Institute of Maltese Journalists has been working on a new draft code of ethics for the past three years. The aim of the new code is to bring together codes of ethics that are currently in force at several media houses in Malta and, following as broad a consultation as possible, to gain national agreement on a common code of ethics to be applied across the board.

We have worked with a number of local academics and the new draft code takes on board other approaches that have been taken in the code of ethics of specific local media, like that of the Labour Party media and the national broadcasting station.

iMediaEthics: What sort of work does the Institute do? I saw it handles the ethics code and complaints against the media. Are there any other main areas the institute moderates?

Naudi: The Institute focuses on three key areas: ethics, education and professionalisation. Its objectives are to:

Also, for the past 23 years, the Institute has organised the annual Malta Journalism Award to promote best practice in all areas of local media, from print journalism to broadcast journalism, e-journalism and both TV film and photography.

iMediaEthics: How many members does the institute have?

Naudi: The Institute has around 200 members across the local media spectrum from print journalists to photographers, camerapersons, illustrators/cartoonists, freelancers and specialised contributors.

iMediaEthics: What are some of the major ethical issues the association sees in Maltese media?

Naudi: A major issue with local journalism is the ownership structure of the media, with the major political parties, institutions like trade unions and the Roman Catholic Church, and individual politicians controlling the media – even those media that are ostensibly impartial.

Journalism is not viewed as a career but as a ‘passport’ to other careers – the main one being in politics, but also into the Civil Service as Communications Co-ordinators within government ministries. There are MPs from both sides of the House of Representatives in Malta who started out as journalists or had some sort of involvement in the media.

Among the major ethical issues I see is the mixing of opinion with facts, the strong prevalence of media spin and a failure by many media houses to tackle the hard issues that are of interest to the local population through their agenda-setting role.

iMediaEthics: Does the association have a general count of how many complaints it receives in a  year?

Naudi: While individuals usually prefer to pursue the route through the Courts, suing journalists, contributors and politicians for libel, the option to press a complaint before the Press Ethics Commission, which is quick and inexpensive, is not that popular. So the PEC faces no more than a handful of cases, typically, each year and most come around election time.

Naudi: The Institute is campaigning to remove criminal libel from the national statute books and has presented a position paper to the Parliamentary Committee on the Recodification of Laws to make the necessary amendments to bring all references to the media under a single chapter of the Laws of Malta. In 2012, it also called on the Government to bring into force the Freedom of Information Act.