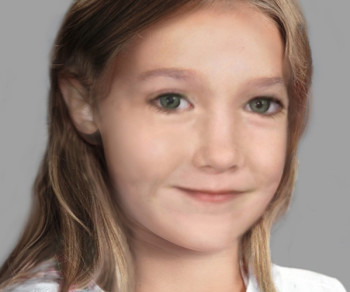 Artists impression from the UK Child Exploitation and Online Protection (CEOP) Centre, a likeness of what missing child Madeleine McCann would look like today

The UK Sunday Times had to pay the parents of a missing child £55,000 for wrongly claiming they made it harder for the police to investigate their daughter’s 2007 disappearance.

Gerry and Kate McCann said the Times falsely accused them and didn’t rectify the reporting properly, so they had to sue, the Guardian reported.

Further, the McCanns said that they weren’t given a chance to comment on all of the accusations because they said the Times only asked for comment on some of the claims the article made.

Their daughter Madeleine went missing in Portugal in 2007. The Times article was published Oct. 27, 2013, according to the Press Gazette, and claimed

“The critical new evidence at the centre of Scotland Yard’s search for Madeleine McCann was kept secret for five years after it was presented to her parents by ex-MI5 investigators.”

While the McCanns did win the libel suit, they used the incident to draw attention to the Times‘ reporting in light of the Leveson Inquiry into press standards.

“The Sunday Times has behaved disgracefully. There is no sign of any post-Leveson improvement in the behaviour of newspapers like this,” the McCanns said, the Guardian reported.

“In articles dated October 27 (“Madeleine clues hidden for 5 years” and “Investigators had E-Fits five years ago”, News) we referred to efits which were included in a report prepared by private investigators for the McCanns and the Fund in 2008. We accept that the articles may have been understood to suggest that the McCanns had withheld information from the authorities. This was not the case. We now understand and accept that the efits had been provided to the Portuguese and Leicestershire police by October 2009. We also understand that a copy of the final report including the efits was passed to the Metropolitan police in August 2011, shortly after it commenced its review. We apologise for the distress caused.”

The McCanns are donating the money from the libel settlement to charities, the Guardian reported.

iMediaEthics has written to the Times and the McCanns’ lawyers for comment.

The BBC noted that the McCanns received “£550,000 libel damages and front-page apologies from Express Newspapers over allegations they were responsible for Madeleine’s death.”

How to report on Sudden Infant Deaths: New Guidance from the UK
Why CBC says documentary on Trial co-produced by lawyer's daughter not conflict of interest