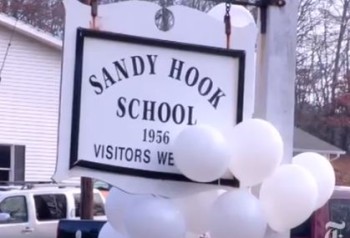 The media made several major errors, including using the wrong photo, naming the wrong shooter, and reporting that the shooter’s father was killed in the violence while reporting on the Friday mass shootings at Connecticut school Sandy Hook Elementary School. Below are a sampling of errors that iMediaEthics has come across.

iMediaEthics acknowledges that there will be errors in breaking news reporting.  But, if the media does not provide readers  transparent corrections for developing stories, does this lower the bar where there is nothing that is considered an error? Is the media not accountable for harm done — like reporting the wrong person was killed?

“This isn’t like the five-second rule when food falls on the floor and you quickly pick it up and it’s eatable. A wrong fact for even five-seconds is quickly propagated and can cause real harm,” iMediaEthics’ publisher and editor-in-chief Rhonda Roland Shearer said.

As has been much reported, a Hoboken man named Ryan Lanza is the brother of the shooter Adam Lanza. Many media outlets initially mis-named the shooter, later updating stories and attributing the error to their sources reportedly switching the names.

CNN, the Associated Press, NBC News , the Daily Record, and many others identified Ryan Lanza as “the suspected gunman.” The Los Angeles Times noted in a story that “citing unnamed sources” it also  “was among media outlets” that wrongly named Ryan Lanza.

Entertainment Weekly added that the AP tweeted out the correct information — naming Adam Lanza — attributed to a “law enforcement official.” Separately, in a story, the AP noted that it had wrongly named Ryan Lanza as the shooter, writing:

“The Associated Press, relying on a law enforcement official who turned out to be mistaken, initially reported Ryan Lanza was the shooter. The official spoke on condition of anonymity because the source was not authorized to speak on the record about the developing investigation. Many other media outlets also reported the same, also citing law enforcement officials.”

The Huffington Post added a correction and an editor’s note to address errors in reporting on the suspected shooter in the Connecticut mass shooting. That article had not only misidentified the accused as Ryan Lanza, but also “misidentified a Facebook page as that of the shooter.”

Because of the name error, several news outlets, including the Huffington Post article, initially used photos or images from a Facebook account for a Ryan Lanza.  Outlets like Gawker then had to correct when Ryan Lanza posted on that account saying he wasn’t the shooter.

The Huffington Post’s editor’s note discloses the error in reporting Ryan Lanza was the shooter.  The correction apologizes for the photo error and reads:

“CORRECTION: The original story in this entry misidentified a Facebook page as that of the shooter. HuffPost reporter David Lohr was not the author of that report. We regret the error.”

Meanwhile, iMediaEthics saw a CNN iReport with the Facebook picture in question. The iReport notes it was “not vetted for CNN.” CNN’s Matt Dornic told iMediaEthics by email: “we’ve removed photos related to the shooting several times. I’ll flag this one too.” That iReport has since been taken down.

As iMediaEthics wrote Friday, CNN denied reports that it aired the wrong photo and instead pointed to Fox. Gawker, which had reported CNN aired the picture, later updated.

As Gawker explained,  “dozens of media accounts (including Gawker)” used the Facebook photo and indicated the reason that Facebook profile was used was because that’s where the trail of information led. Gawker wrote:

“According to NBC three different law enforcement sources have confirmed “Ryan Lanza” as the suspect. Which leaves us with a few, equally weird options: that police (or the media) have the wrong guy as a suspect; that there are two Ryan Lanzas, of the same age, splitting time between Connecticut and New Jersey; or that this is the right Ryan Lanza, and someone is perpetrating an elaborate, and very morbid, hoax. Until we figure out which one is right, let’s stop sharing the guy’s profile and ID’ing it as the killer.”

UPI published the Facebook photo in question, and later apparently unpublished its report.

Ryan Lanza NOT Dead, Despite Reports

iMediaEthics is working on further reports on how the media covered the Connecticut shootings.