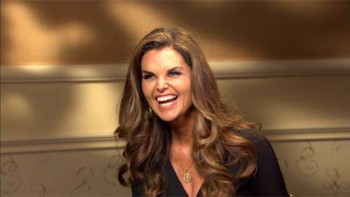 Somehow, NBC News allowed “Shriver the reporter” to promote “a project that could benefit Shriver the businesswoman,’ the Post summed up. She reported not just one but at least two on-air segments about the movie.

Shriver was a NBC News employee from 1986 through 2004, and again in 2013 as a “special anchor reporting on women’s issues.” the broadcaster reported at the time.

Shriver’s report in question,”Oscar Contender ‘Still Alice’ Brings New Attention to Alzheimer’s” was no longer available on NBC News’ website, when iMediaEthics tried to view it Jan. 22  However, iMediaEthics found a copy on Hulu.

Before Shriver’s segment, NBC News’ Brian Williams disclosed that Shriver was one of the producers for the movie, iMediaEthics verified.

Shriver also reported on the movie in a segment for NBC News’ Today show. Before her segment, NBC News’ Savannah Guthrie identified her as an executive producer before the segment.

The Washington Post reported that NBC News’ spokesperson Ali Zelenko defended that the network appropriately disclosed Shriver’s relationship to the movie and that the story was important to cover.

“This was an important public health story about early onset Alzheimer’s — a little-known aspect of one of America’s most deadly diseases,” Zelenko told the Post. “Maria Shriver has long been an advocate for medical research to fight Alzheimer’s. Her connection to the issue is well known, and her link to the film that explores it was disclosed to the audience before the piece aired.”

Further, the Post noted that Shriver’s spokesperson Jon Liebman told the newspaper that Shriver is giving the money she makes from the movie to charity.