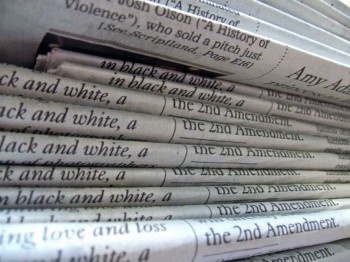 The UK regulator the Press Complaints Commission will be replaced effective today with the new independent Press Standards Organisation, aka IPSO.

The announcement was made in a press release that IPSO sent to iMediaEthics. “The new regulator will oversee editorial standards for the majority of national, regional, local and trade publications.,” the press release said.

Two new things IPSO can do that the PCC couldn’t, according to the Guardian, are “powers to investigate and levy fines after evidence of persistent wrongdoing.”

“IPSO will have greater ability to insist on the placement as well as wording of corrections and apologies for breaches of press standards and will be able to impose a wider range of sanctions,” an IPSO spokesperson wrote in an e-mail to iMediaEthics.

An IPSO spokesperson told iMediaEthics by e-mail “most” of the PCC staff will work for IPSO. “While the governance arangements are new, most PCC staff who liaise with members of the public in pursuing compaints about the media are moving to the new organisation,” the spokesperson said by e-mail.

IPSO’s first chairman, Sir Alan Moses, is quoted in the press release as saying “Where standards have been breached we will apply sanctions and seek redress. Where we see patterns of poor behaviour we will pursue change.”

The IPSO press release noted that IPSO will keep working on any complaints or unresolved issues that the PCC had left unfinished. Anyone wanting to file a new complaint can do so on the IPSO website, www.ipso.co.uk.

But complainants have to go first to the publication with a complaint and then to IPSO, the Guardian‘s Roy Greenslade reported.

Earlier this month the Guardian and Observer said they wouldn’t be signing up for IPSO.

“The Guardian, in common with the majority of what used to be called daily national broadsheet papers in the UK, is not signing up to Ipso at this stage; nor are several magazines or major new media players. This paper will wait to see whether Sir Alan succeeds in reforming some of the governance issues that still cause anxiety. In the meantime, we will reinforce our own system of complaints and mediation.”

The Guardian noted it has its own readers editor who handles complaints against the newspaper, and commented: “In some ways Ipso is an improvement on the old PCC which, it is now widely acknowledged, was not really a regulator at all and which fell flat on its face when confronted with truly serious transgressions.”

In March 2012, the PCC, which had been around for 21 years, announced it was closing and  “transferring its assets, liabilities and staff to a transition organization for the new regulatory body,”as iMediaEthics wrote at the time.

IPSO is a product of the Leveson Report, a report by Judge Brian Leveson who led the Leveson Inquiry into press standards and practices following the phone hacking scandal that shut down the Rupert Murdoch-owned News of the World and led to numerous arrests.