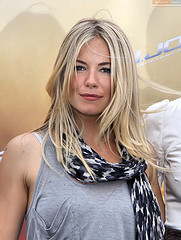 Sienna Miller has been awarded $162,500 in a settlement from News of the World, which she claims hacked her cell phone’s voicemail for information.

Miller’s lawyer Hugh Tomlinson reportedly commented that she is settling because News of the World admitted 11 of its stories in 2005 and 2006 were based on her hacked messages.

“Under the deal, News Corp. will also disclose the relevant contents from about 8,000 e-mails and possibly some journalists’ notebooks,” Bloomberg reported.

Miller filed her suit against News of the World in December.