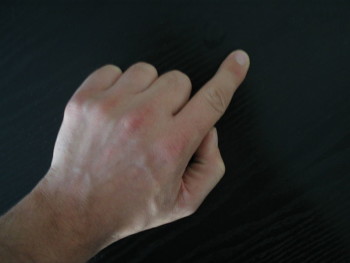 Glenn Mulcaire is naming names for who hired him to hack (Credit: Wikipedia)

Glenn Mulcaire has identified the News of the World staff who had him hack phones, the BBC reported.

Mulcaire has been fighting legal orders to reveal who at News of the World knew of his hacking, and News International’s James Murdoch admitted in July 19 Parliament interview that News Corp. was paying his legal bills. Murdoch said the company would cease payment, but Mulcaire is fighting that stop payment.

According to the BBC, Mulcaire provided the names in a Jul. 26 “letter to comedian Steve Coogan’s lawyers in accordance with a court order.”  Coogan is suing News of the World and alleging his phone was hacked.

However, the names in the letter haven’t been revealed yet because “confidentiality issues” restrict Mulcaire’s attorney Sarah Webb, the BBC reported.

The AFP explained that Mulcaire’s attorneys are attempting to file a “court order blocking their release” of the names.

News International has declined to comment on the Mulcaire letter, both the AFP and BBC reported.

Holder reportedly explained that the investigation into News Corp. is only “preliminary” now.

The New York Daily News noted that Norman Siegel, an attorney for some Sept. 11 families, called on the FBI to review “post-attack press reports for suspicious private information, and also investigate whether computer hacking occurred.”