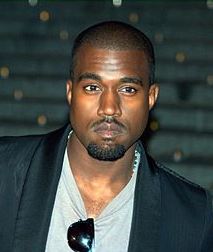 The New York Times published fake quotes attributed to Kanye West about his and Kim Kardashian’s butts after being duped by satire site the Daily Currant.

The Times’ Nov. 22 correction on its Nov. 21 article, “Fear of Kim Kardashian’s Derriere,” has gone viral. It reads:

“An earlier version of this column was published in error. That version included what purported to be an interview that Kanye West gave to a Chicago radio station in which he compared his own derrière to that of his wife, Kim Kardashian. Mr. West’s quotes were taken, without attribution, from the satirical website The Daily Currant. There is no radio station WGYN in Chicago; the interview was fictitious, and should not have been included in the column.”

The phony quotes were published in the Daily Currant’s Nov. 14 post, “Kanye: ‘I have a better butt’ than Kim.”

The Daily Currant said West made the comments during an interview with Chicago radio station WGYN. The article claimed in part:

“I don’t understand why everyone is focusing on Kim’s booty.” he said. “Obviously I love her ass. That’s why I married her. But nobody has an ass like mine. I have one of the top three asses of all time.”

After seeing and falling for the Daily Currant post, the Times wrote in its original article:

““I don’t understand why everyone is focusing on Kim’s booty,” Kanye said in an interview on Chicago rap station WGYN, adding that he certainly loves it. “That’s why I married her,” he said. But, Kanye added, nobody has a rear end like his own.

““My booty is like Michelangelo level, you feel me?” Kanye said. “It’s like a sculpture. It’s like something that should be sitting in a museum for thousands of thousands of years.”

“His wife’s behind? It was nice, Kanye said, “But it’s not at that level.”