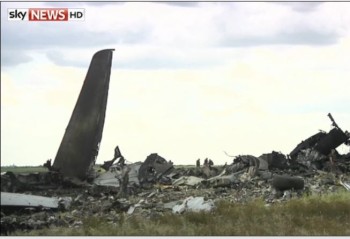 OfCom, the UK broadcast regulator, has received more than 200 complaints over this past Sunday’s live segment where reporter Colin Brazier went through a Malaysian Airlines crash victim’s suitcase.

OfCom’s Elliott Ball told iMediaEthics this morning “there are 201 complaints, relating to coverage on Sky News on 20 July from 12pm and throughout the day.”

“These are being assessed. A decision has not been made yet as to whether there will be an investigation,” he said.

iMediaEthics has asked Sky News how many complaints it has received directly from viewers. We’ll update with any response.

An Australian reporter, Phil Williams, also went through items at the crash scene on air. Williams lifted items including a plane seat.