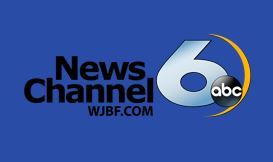 In reporting on Harrell, a local woman arrested in July after leaving her 9-year-old daughter at a park so she could go to work, the ABC-affiliate showed the police video of Harrell’s interrogation.

Harrell’s lawyer said the video came from a police interrogation of Harrell where she had to provide the personal information.

WJBF then aired the video without apparently editing out the information. The timestamp for the story and video, “Only On 6: Mother Explains Why She Left Daughter in Park,” shows it was originally posted Aug. 11 at 4:33 PM but updated at 5:35 PM.  It was posted by Deon Guillory, WJBF’s GMA Weekend Anchor/Reporter, according to the byline.

After about an hour, the private information was edited out, according to Jezebel.

“When WJBF News Channel 6 posted the interrogation session to their website, they posted the entire video clip — which included all of Harrell’s personal information.”

The Facebook page “Support Debra Harrell” wrote about the error, Jezebel noted. The information “is redacted now, but the full video was up for at least an hour.”

A comment on the WJBF story page by “Anika Simpson” called the station out for the error.: “You should be ashamed for posting that woman’s personal and private info! You are supposed to be professionals!!!!!”