Should Corrections Name Who Messed Up? Toronto Star apologizes after misint 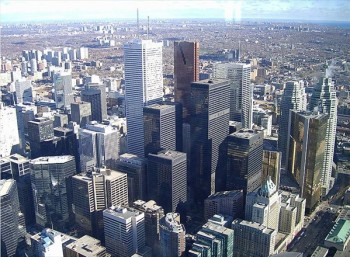 The Toronto Star apologized to a political candidate after an editor wrongly inserted a mis-characterization of the candidate’s tweets into a reporter’s story. But the reporter “took flack” from readers who accused him of “lazy journalism” and more, even though it wasn’t his mistake.

The error and following correction and apology brought up a debate within the the Toronto Star about whether the Star should tell readers who messed up. In this case, the reporter whose name was on the byline didn’t make the mistake, but an editor added the error.

The article, “Ontario election 2014: Horwath fires back at critics within NDP,” wrongly said that  Cheri DiNovo, had sent a sarcastic tweet to Cathy Crowe, a “supporter” of Canada’s National Democratic Party, when DiNovo was “sincere” in her appreciation.  DiNovo is a member of Provincial Parliament of Parkdale-High Park and is running again this year, according to her website.

But the Reporter didn’t Mess up, Someone else did

According to public editor Kathy English, the error in calling the tweet sarcastic wasn’t made by the reporter whose name is on the byline — Bruce Campion-Smith — but an editor, David Henderson, who later explained to English he mis-assumed the tweet’s intention.

“Numerous nasty tweets were lobbed his way. He was accused of ‘lazy journalism,’ ‘false reporting and ‘a serious abrogation of journalistic integrity,'” English wrote.

Ordinarily, the Star wouldn’t identify who made the error, but English identified the editor as responsible in her public editor column explaining what went wrong and the ensuring discussion of correction.

English explained to iMediaEthics by e-mail why she named the editor: “Public editor columns always strive to name all involved in errors and judgement calls that may be questionable- and all newsroom staff are aware of that. I did not require anyone’s permission to name the editor here.”

According to English, Campion-Smith had asked that the Star include in the correction text that he wasn’t responsible for the error. because of its effect on his credibility and the public perception. Campion-Smith told English:

“I believe there were three affected parties — Cheri DiNovo, Cathy Crowe and me, as the writer…The correction goes some distance to mending the damage done to DiNovo and Crowe. It does nothing to mend the damaged reputation of the reporter.”

However, English explained “long-standing Star policy” says corrections shouldn’t say who was at  fault. She pointed to the paper’s corrections policy, which reads: “Publishing the Star is a team effort and published corrections do not ascribe blame within the Star.”

In fact, English addressed a similar issue regarding naming reporters involved in contentious stories, as iMediaEthics has written.

This spring, the Ontario Press Council ruled against the Star for misquoting a York University professor, Dr. Blake Martin, in an  undercover report and for taking too long to fix the error.

For more on that case, read our April report.

The May 26 apology reads:

“A May 25 article about NDP Leader Andrea Horwath’s reaction to a critical letter from longtime NDP backers said that NDP Parkdale-High Park candidate Cheri DiNovo had tweeted “sarcastically” Saturday to thank NDP supporter Cathy Crowe for her endorsement. In fact DiNovo’s tweet was a sincere thank you to Crowe for endorsing her candidacy. The Star apologizes for this error.”

There is also an apology published at the top of the article.

For her part, DiNovo tweeted thanks to the Star for publishing the apology.

Thanks to @TorontoStar for apology for writing that my tweet was a sarcastic dig at @cathyacrowe: http://t.co/0xw3DNSeol #onpoli

Crowe also tweeted a link to the apology.

STAR article with correction as I did endorse @CheriDiNovo http://t.co/HxHnvX7AIt

UPDATE: 6/2/2014 2:50 PM EST An email from DiNovo’s campaign to iMediaEthics said, “We are pleased that the apology was issued.”