Is this NYT's Oldest Correction? NYT errors from 1853 Article about a Slave 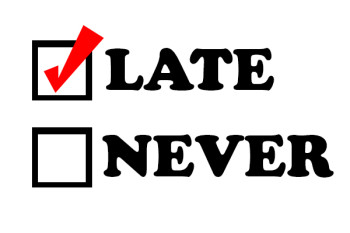 A correction on an 1853 story about Solomon Northup, the man whose story became the Oscar-winning movie 12 Years a Slave is likely the New York Times‘ oldest correction.

“As far as we know this is the oldest error we’ve corrected — the article appeared less than a year and a half after The Times was founded,” NY Times managing editor for standards Phil Corbett told iMediaEthics by e-mail today.

The correction, published in the March 4, 2014 newspaper, admitted the the article twice misspelled Northup’s name as Northrup and Northrop.

“Obviously, the historical interest in this story is what prompted my colleague Greg Brock to decide on a correction,” Corbett told iMediaEthics. “In general we don’t have the resources to track down and re-report very old stories like this.”

The original article from 1853 on Northup is published here, on the New York Times’ archive.

Both Press Gazette and CNN reported that The Immortal Life of Henrietta Lacks author Rebecca Skloot as one of the people who noticed the error.

After the correction was published, Skloot herself noted that she wasn’t the “only ‘twitter user’ to note NYT Northup error.”

In 2011, the New York Times made another long-awaited correction — correcting errors in Lt. Milton K. Schwenk’s 1899 obituary. The correction request was made by Schwenk’s great-nephew. That correction came 112 years after-the-fact.

Corbett told iMediaEthics that Schwenk obituary “took several days of reporting to tease out the facts.”

On a related note, headlines about 12 Years a Slave’s Oscar success also grabbed a bunch of attention.

An executive with the paper, vice president of news and executive editor for the newspaper’s publisher Digital First Media’s Los Angeles News Group, Michael Anastasi, told Poynter’s Andrew Beaujon that he “winced” over the headline. He added that the newspaper will discipline whoever is responsible.