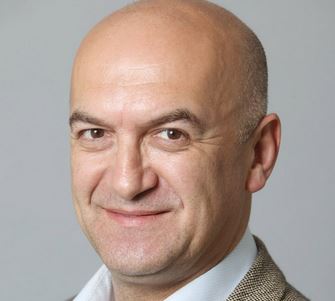 Yavuz Baydar was fired last month from his role as ombudsman for Sabah. (Credit: Twitter, screenshot)

Turkish daily newspaper Sabah — largely identified as a pro-government publication– fired its ombudsman of nine years, Yavuz Baydar, over his July 19 op-ed for the New York Times, which slammed “the shameful role” of Turkish mainstream media owners for not covering protests in Turkish cities.

Baydar said his July 23 firing was a direct result of his New York Times column, but he noted that in the past two months he’s seen a lot of push-back from Sabah‘s editors: the newspaper refused to publish two of his columns critical of the government, the paper’s editor Erdal Safak criticized him in a column, and he “received a warning about how I should ‘stop clashing with the newspaper.'” The most recent column of Baydar’s that Sabah wouldn’t publish addressed the need for the ombudsman position to have independence from the newspaper’s editorial staff, according to Today’s Zaman, another Turkish newspaper for whom Baydar writes.

The New York Times op-ed that allegedly got Baydar fired, “In Turkey, Media Bosses are Undermining Democracy,” reported that instead of covering the Turkish protests, the country’s TV news showed “documentaries about penguins” or regularly scheduled talk shows. Noting that “news blackouts on all serious issues” isn’t a “new” problem in Turkish media — or the media of other countries, Baydar argued that “the lack of media independence is doing real damage.” He went on:

“The lack of even minimal coverage by seemingly professional private news channels presented the residents of Istanbul’s upscale neighborhoods near Taksim Square with a moment of truth. They could see, hear and smell the truth from their windows, and they quickly realized how their TV channels had lied by omission.”

Baydar placed some of the blame for the lack of news coverage on the numerous conflicts of interest Turkish media owners have.  “One need only follow the money,” Baydar wrote, to see that media owners “operate in other major sectors of the economy like telecommunications, banking and construction,” suggesting that the Turkish media owners are using censorship to bow to corporate or government interests.

“It’s not possible to conduct serious journalism in such a polluted system,” Baydar concluded, calling for reform of the media.

Baydar wrote for The Guardian about being fired and his time as Sabah’s ombudsman. Baydar wrote that Sabah‘s “professional standards began to decline” a couple of years ago and readers began to complain more about bias in favor of the government.

According to Baydar, “As ombudsman, my job was to deal with readers’ complaints fairly and openly, and I now found myself having to deal with accusations of bias, and pro-government editorial lines.”

For its own part, the New York Times, which published the op-ed that allegedly got Baydar fired, said “we were appalled to hear of his dismissal” and Sabah “over-reacted.”

The Committee to Protect Journalists issued a July 25 statement saying the group was “alarmed” over the firing of Baydar and others “in apparent retaliation for their independent coverage of anti-government demonstrations that swept the country.”

The Organization of News Ombudsmen (ONO) slammed the firing in a July 24 press release. In a statement, ONO president Stephen Pritchard said it was “another example of heavy-handed attempts by Turkish media to silence their own journalists and is totally counter to all the principles of ethical journalism.”

Michael Getler, the ombudsman for PBS, used his column to highlight Baydar’s firing and the receding presence of ombudsmen in the U.S. to the count of “some 14 positions…eliminated” in the U.S in the past five years.

“But axing ombudsmen for cost reasons, or some other explanation, is one thing,” Getler wrote. “Firing an ombudsman for attacking press coverage is quite another, especially in the midst of turmoil.”

iMediaEthics has reached out to Sabah seeking more information about its firing of Baydar and its ombudsman role. We’ve also emailed Baydar and Organization of News Ombudsmen executive director Kirk LaPointe for comment. We’ll update with any responses.