Where's the 'Right to be Forgotten'? What's the point if media re-report s

Where’s the ‘Right to be Forgotten’? What’s the point if media re-report stories meant to be forgotten? 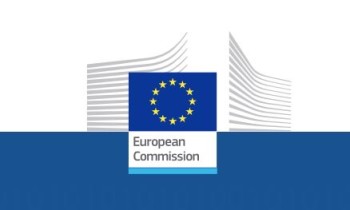 The “Right to Be Forgotten” refers to a ruling by a EU Court of Justice this year allowing people in Europe to get search engines to remove links to stories that are “inadequate, irrelevant or no longer relevant” that they don’t like about themselves.

But are you still forgotten if the media is now reporting the particulars of the very story you are attempting to remove from search engines to save yourself embarrassment?

Under the false flag of reporting news about requests for stories to be taken down by having links removed, media outlets, like the Telegraph, get their pound of flesh. Any old embarrassing report from years ago, now found with a simple Google search, becomes even more accessible as today’s news.

Comedian John Oliver succinctly described the issue of the “right to be forgotten” in a May segment for his HBO show Last Week Tonight.

“What the EU doesn’t understand is that the internet is like quicksand,” Oliver said in the segment, above. “The more aggressively you fight to remove yourself from it, the deeper you’re going to sink down into it. The case in point, the guy who started all of this,” Oliver commented, referring to the Spanish man who wanted an old link about his debts removed, prompting the lawsuit that was eventually taken to the EU court.

“In doing so, he is now world-famous” for the original debt that he wanted to hide from search engines, Oliver said, pointing out that his photo, name and original debts have been published in the media this year.

Google protested the EU court’s ruling this summer. Meanwhile, the media is, in effect, overruling and undermining the court ruling by reporting and re-linking to the stories search engines have removed, iMediaEthics notes.

For example, the UK Telegraph published a list of its articles that Google wants removed.

One such case of the media’s passive-aggressive protest of the “right to be forgotten” eventually went to the UK Press Complaints Commission.

The man wanted search engines to remove links to a 2006 article in the Daily Mail about him stealing from Boots pharmacy.

The Oxford Mail, media site Hold the Front Page, the Essex County Standard and Guardian all reported on the man’s bid for the removal. Which only means that now more people know about the theft than before. (iMediaEthics is not using his name because it’s not relevant.)

The man then complained to UK print regulator the Press Complaints Commission, which closed last week and was replaced by the Independent Press Standards Organisation.

The PCC didn’t publish the ruling on its website, but Hold the Front Page published a story about the decision by the PCC that concluded the four publications didn’t invade the alleged thief’s privacy.

The PCC wrote, according to Hold the Front Page, that the man said “while there may be a public interest in reporting that the story had been removed, it did not need to publish the specific details of the story or identify him.”

“He expressed further concern that other search removals by Google had not received as much attention as his story,” the PCC wrote.

The PCC, however, decided that it wasn’t an invasion of privacy because the “right to be forgotten” only deals with the publishing of links to articles by the search engines, not to the articles themselves. The PCC wrote:

“The issue for the Commission to consider was not whether the articles breached data protection laws, but whether they breached the terms of the Editor’s Code of Practice.

“Given the importance of the general principle of open justice, the Commission did not consider that its continued publication represented a failure to respect the complainant’s private life.”

iMediaEthics asked IPSO if it stands by all PCC rulings. We also asked if, moving forward, it will be open to appeals of previous PCC rulings.

An IPSO spokesperson told iMediaEthics: “Whether IPSO would consider a complaint already ruled on by the PCC raises policy issues that are currently the subject of Board discussion.”

The spokesperson added that the complaint in question about the “Right to be Forgotten” was “made to and dealt with by the PCC so IPSO would not publish any details about it.”

Where’s the ‘Right to be Forgotten’? What’s the point if media re-report stories meant to be forgotten?