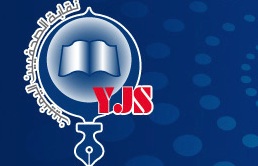 The Yemen Journalists Syndicate is one step closer to creating its ethics code, Al-Shorfa, “a website sponsored by the U.S. Central Command,” reported. As we wrote earlier this summer, the syndicate “with support from USAID” started working on an ethics code.

According to Al-Shorfa’s recent report, after a June meeting related to setting up the code, now “80 journalists” are working “in workshops to produce recommendations on the conduct of the press in Yemen.” Already one workshop with “focus groups to come up with recommendations for the code,” has been held and “five other workshops are scheduled.”

The syndicate’s training committee’s Nabil al-Usaydi is quoted by Al-Shorfa as saying “The workshop’s aim is to [help attendees] put forth effective recommendations on the content and themes of the journalists’ code of conduct, part of a project to improve the professional and ethical conduct of the Yemeni press.”

Further, the syndicate’s secretary Marwan Damaj is quoted as saying setting up the ethics code “has taken on added importance in light of the proliferation of media outlets and websites, because we observed a lack of professionalism on the part of some media outlets in addressing topics, which reflects negatively on the profession in general.”

The Yemen Times noted that in September, a proposed broadcasting bill that included ensuring “patronage should not affect the content of the programs,” and prohibiting “seditious, provocative, doctrinal or racial speeches,” was “canceled.”

We’ve written to members of the Yemen Journalists’ Syndicate seeking more information and will update with any response.