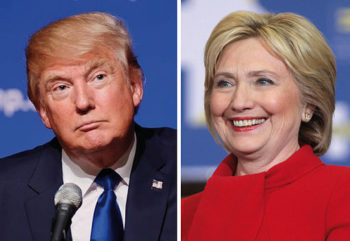 Editor’s Note: This is the first in a new series of commentary posts by iMediaEthics’ polling director David Moore, a former Gallup Vice President and Managing Editor. Moore, a Senior Fellow with the Carsey School of Public Policy at the University of New Hampshire, analyzes and conducts polls for iMediaEthics.

The pair’s May 26 article, “Racial prejudice, not populism or authoritarianism, predicts support for Trump over Clinton,” analyzed data from an Amazon Mechanical Turk survey of 1,543 U.S. adults collected in April 2016 and the American National Election Studies 2016 Pilot Study. (They noted “While the MTurk sample is not perfectly representative of the U.S. adult population, the ANES sample is representative, and both surveys reveal nearly identical relationships.”)

This article provides an important insight into the dynamics of the current election. Instead of populism and authoritarianism, it’s racism (racial resentment) that best predicts support for Trump over Clinton. Of course, party affiliation and political ideology also correlate highly with vote choice, but it’s the racism factor that is most interesting – and troubling – in understanding voter motivations.