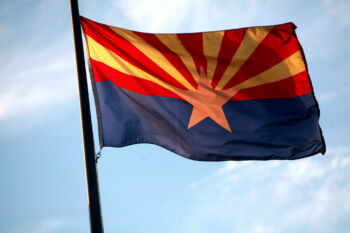 Early this month, the Associated Press (AP) and the National Opinion Research Center (NORC) at the University of Chicago issued a report “Assessing APVoteCast2020.” Perhaps the most striking finding, not explicitly acknowledged but clearly documented, is that VoteCast’s early projection on Election Night of a Biden victory in Arizona should not have been made at that time. (While Biden did win Arizona, the projection was made before it was sound.)

When Fox News called Arizona for Biden, Biden was leading by nine percentage points, a larger lead than even what the poll showed. When AP made the call three hours later, Biden was still up by five points.

“It was a very comfortable Biden margin,” said David Scott, the AP’s political editor. The fact that the pre-election VoteCast poll also showed Biden up by a “comfortable margin” may have reassured Scott and the Fox decision desk, headed by Arnon Mishkin, that the outcome would be in Biden’s favor.

Had the VoteCast poll showed Biden leading by just three tenths of a percentage point, however, AP and Fox almost certainly would not have made the call. It would have been too risky.

Scott admitted that the VoteCast poll result was one piece of the puzzle that his team used to make the projection, but, he argued, it “wasn’t the primary piece.” Primary or not, the poll result was a major error and contributed to the mistake in making the call.

So, what was more important than the erroneous poll result?

Presumably, it was the vote count. On Fox News, analyst Arnon Mishkin justified the call, claiming that by 11:00 pm Election Night, 80 percent of the vote was already in. “The president needs to get basically 60 percent of that outstanding vote in order to overtake or tie Joe Biden. We don’t believe he is going to get more than 45, 46 percent of that vote.”

Miskin was wrong. If Trump had received only 45 to 46 percent of the outstanding vote, Biden’s margin of victory would have increased over the following days. Instead, it steadily and dramatically decreased. NPR reports that Biden was ahead of Trump by 136,000 votes when Fox made its call. An AP report showed that Biden won by only 10,475 votes out of nearly 3.4 million votes cast.

Yet, AP has not admitted their mistake, but has instead doubled down that it was the correct call. AP’s David Scott affirmed to NPR that even if he could do it over, he would not change the call.

At best, that statement is misleading. The underlying data that were used to make the Arizona projection – the VoteCast pre-election poll, and the vote count during Election Night – were wrong. The actual results were much closer than what VoteCast predicted, and the outstanding vote was clearly much more pro-Trump than what the AP and Fox analysts predicted.

The refusal of AP to acknowledge the error is unfortunate. They were lucky that the bad data used to project the call was not even a tad worse. In that case, their call would have been wrong.

The other networks did not call Arizona for Biden until Nov. 12, nine days after the election. They waited until virtually all the votes had been counted. FiveThirtyEight’s Nate Silver condemned the call two days after the election, advising Fox and AP to retract their calls and adding, “I sure as heck don’t think the state should have been called by anyone.”

Unfortunately, for Fox and other media organizations that used AP VoteCast, the Election Night operation had even more serious problems. Just after 9:00 pm, based on VoteCast’s pre-election poll, Fox projected Democrats to maintain majority control of the House and to expand their majority by at least five seats.”

Democrats did retain control, but lost a net 11 seats.

Clearly, there is something amiss with the VoteCast model.

As I noted three years ago, when Fox decided to quit an election consortium of other networks, the National Election Pool, the reason offered was that Fox wanted a “superior” system – i.e., one that would call elections quicker than what the NEP was doing.

But why quicker? As I asked then, who is served by a rush to judgment? Certainly not the citizenry.

The only reason for quicker projections is the competition among networks, to see who can be first, under the mistaken view that viewers are attracted to the network with the fastest calls.

But as I noted,

The last time Fox decided to make a similar rush to judgment was in the 2000 Election, when – at 2:30 in the morning after Election Day – it projected George W. Bush the winner in Florida. This projection caused all the other networks to follow suit, only to rescind the projection two hours later. *

This time, the other networks did not rush to follow Fox, and the Arizona call turned out to be correct.

Fortunately, for any confidence the public might place in the media, the other networks were cautious in making their calls.

Fox and AP should be as prudent.

* See David W. Moore, How to Steal an Election: The Inside Story of How George Bush’s Brother and Fox Network Miscalled the 2000 Election and Changed the Course of History (New York: Nation Books, 2006).