Consumer Confidence Is Up! No, It’s Down! Why the Conflict? - iMediaEthics 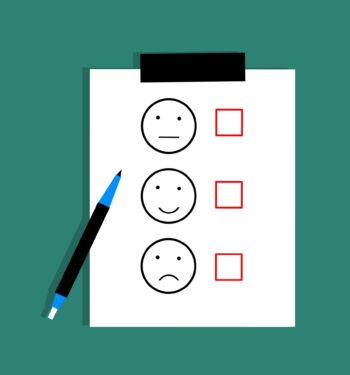 How really different are the polls? Not what I expected.

What the Polls Say

The three polls, perhaps the three most salient measures of consumer views about the U.S. economy, reported:

“A near-record high in Americans’ ratings of their personal finances and improved views of the buying climate lifted the Consumer Comfort Index to a pandemic-era high this week, extending a five-week advance despite the extensive spread of the coronavirus Delta variant.

The advance comes as major stock market indices hit record highs and the U.S. weekly jobless rate fell to a 17-month low. Both are strong correlates of consumer sentiment.”

Consumer Confidence Index (Sponsored by the Conference Board) August 31,  2021

“Consumer confidence retreated in August to its lowest level since February 2021 (95.2),” said Lynn Franco, Senior Director of Economic Indicators at The Conference Board. “Concerns about the Delta variant—and, to a lesser degree, rising gas and food prices—resulted in a less favorable view of current economic conditions and short-term growth prospects.

“Spending intentions for homes, autos, and major appliances all cooled somewhat; however, the percentage of consumers intending to take a vacation in the next six months continued to climb. While the resurgence of COVID-19 and inflation concerns have dampened confidence, it is too soon to conclude this decline will result in consumers significantly curtailing their spending in the months ahead.”

Consumer Sentiment Index (Sponsored by the University of Michigan) August 27, 2021

ANN ARBOR—Consumer sentiment fell in August by 13.4% from July, recording the least favorable economic prospects in more than a decade, according to the University of Michigan Surveys of Consumers.

The Sentiment Index has only recorded larger losses in six other monthly surveys since 1978, with the largest losses in how consumers viewed future economic prospects, said U-M economist Richard Curtin, director of the surveys. The losses were widespread across all demographic groups, regions and for all aspects of the economy.

What The Polls Mean

A close examination of the polls shows that the Conference Board’s Consumer Confidence Index presents a very similar picture of the public to the one described by Langer Research’s Consumer Comfort Index.

This is what the Consumer Comfort Index (Langer) shows:

Here is the graph of the Consumer Confidence Index (Conference Board):

The Consumer Comfort Index covers a longer time period (1985-present), but an examination of the two polls’ results since 2009 shows graphs that closely track each other.

Despite the closeness of the findings by the Confidence Index and the Comfort Index, it’s instructive to see how each group cherry picked economic conditions to justify its findings. It’s important to note that the changes in both Indexes were very small — one slightly up, the other slightly down.

The Comfort Index explained its positive finding by noting that “The advance comes as major stock market indices hit record highs and the U.S. weekly jobless rate fell to a 17-month low.”

The Confidence Index explained its drop in optimism by noting that “Concerns about the Delta variant—and, to a lesser degree, rising gas and food prices—resulted in a less favorable view of current economic conditions and short-term growth prospects.”

A more accurate reporting by each group would have been to acknowledge that there was little change since the previous readings. Neither mentioned any margin of error, but had either done so, they probably would have shown that the small changes recorded by each index were not statistically significant, but instead just random fluctuations.

So, while the interpretations we get from each group appear to contradict each other, essentially nothing much had changed since their last readings.

This example provides evidence for a larger truism about poll findings – that pollsters, reporters, and pundits often over interpret small changes as though they represent significant news.

As for the University of Michigan’s Sentiment Index, which suggests the public sees the current economy as worse than it was during the pandemic and even years before that, something seems amiss. Perhaps the next iteration of the Index will bring some clarification.