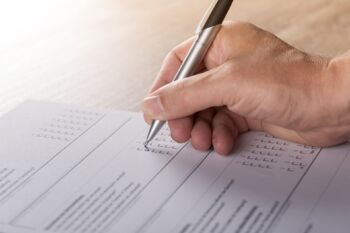 Earlier this month, Gallup’s Frank Newport reviewed public opinion on proposed changes in gun laws. His review of the polls is solid and objective, as one would expect from the deservedly esteemed former editor-in-chief of the Gallup Poll. But his explanation of why public support for increased gun regulation has not led to corresponding laws seems wildly off the mark.

As Newport outlines in his article:

“The data show strong public support for proposed legislative changes that would do such things as require background checks for all gun purchases, ban high-capacity ammunition magazines, require all privately owned guns to be registered with the police, and require a 30-day waiting period for all gun sales.”

So, why hasn’t this support been translated into public policy?

Essentially, Newport blames the public. I would not.

As Newport concludes his article,

“Two notable issues stand in the way of efforts to reduce gun violence. The first is the relatively low sense of urgency Americans give the issue. The second is the large partisan gap in support for new gun control legislation, a gap that leads to the need for compromise and cooperation in our country’s legislative bodies, never an easily achieved goal.”

The “large partisan gap” Newport cites is based on the answers to one question – whether people believe “laws governing the sale of firearms should be made more strict, less strict, or kept as they are now.” A recent Gallup poll showed that while a majority of Democrats and independents support stricter laws, Republicans do not.

But as I noted more than eight years ago, many people, while ambivalent or opposed to new or stricter gun laws in general, nevertheless – when offered specific new and stricter gun safety proposals – express widespread support.

That was true then and, according to the most recent polls on this topic, conducted by Quinnipiac in 2019 (here) and 2018 (here and here), the same pattern prevails today.

According to those recent polls, while Republicans oppose stricter guns laws in general by a two-to-one majority (62% to 30%), significant majorities of Republicans nevertheless support six specific safety proposals included in the polls:

Newport claims that the “partisan divide helps explain why there is little new gun legislation emanating from Congress despite overall public opinion favoring such new laws; Republican leaders balk at overriding their constituents’ strongly held views on the topic.”

Yet, Republican leaders apparently do not balk at “overriding their constituents’ strongly held views” as they pertain to the six proposals noted above – all of which receive widespread support across the political spectrum.

Clearly, factors other than public opinion are in play.

The polls he cites show that, compared with many other issues facing the country “such as the nation’s efforts to deal with poverty and homelessness and the state of race relations,” new gun safety laws are not at the top of the public’s agenda. Gun safety has never emerged in the top tier of problems Americans mention when Gallup has asked, “What is the most important problem facing the country today?”

The urgency argument is a red herring anyway.

That is not an aberration but a pattern. There are many reasons why political parties propose certain policies and not others, and public opinion is rarely a determining factor.

When the Democrats passed the Affordable Care Act (ACA) in 2010, it was not because polls found a public that was demanding such legislation. In fact, a Gallup poll conducted shortly after the ACA became law found 56% who disapproved of it, just 39% who approved.

Also worth noting: It is safe to assume that public opinion did not prompt the Republicans to pass a tax cut for corporations and wealthy Americans in 2017. In fact, several GOP leaders admitted the tax cut was primarily for their donors, while Gallup polls showed large majorities of the public saying that wealthy people and corporations should be paying more, not fewer, taxes.

Nor is public opinion behind the current infrastructure legislation the Biden administration is proposing. As Newport wrote last December:

“Infrastructure is, however, not an issue that has prompted demonstrations and massive political action from the public, mainly because there are so many other issues on the public’s mind. Infrastructure rarely appears with any frequency in our monthly update asking Americans to name the most important problem facing the nation…the priority given the issue is drowned out in the public’s consciousness by seemingly more urgent issues like COVID-19, the economy, healthcare, racial inequity and negative views of elected officials.”

These examples illustrate the general principle — that public opinion is rarely the genesis of public policy proposals.

As Christopher Achen and Larry Bartels have pointed out in their recent study, Democracy for Realists: Why Elections Do Not Produce Responsive Government, American government does not work according to the “folk theory” of democracy, which places public opinion at the center of public policy.

If we want to understand why Congress has not passed more gun safety laws, we could look at the influence of the NRA and its money, as well as gerrymandered districts and the filibuster, which undermine majority rule – none of these factors mentioned by Newport.

Among all the groups that might be blamed for the failure to pass new gun laws, the group least blameworthy is the American public.