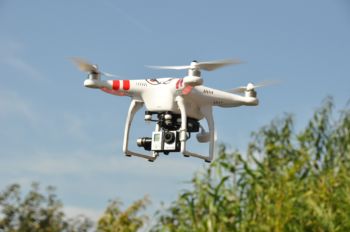 Welcome to the brave new world. Colorado Springs ABC-affiliate KRDO has apologized for its drone.

According to its April 19 apology, the station’s drone flew into an area where there was a “temporary flight restriction.” The drone was being used in the station’s reporting on a fire. Despite going into a restricted area, KRDO’s drone finished its flight “without incident,” the station said.

iMediaEthics has written to KRDO to ask what prompted the apology, if the first responders complained to the station and if the station has ever had a problem before with its drone reporting.

In 2015, an Al Jazeera journalist, Tristan Redman, was fined 1,000 euros for flying a drone in Paris.

iMediaEthics wrote back in 2012 about some of the journalism ethics concerns for drone journalism.

“El Paso County temporarily postponed air operations on the 117 fire site Thursday afternoon due to an issue with the KRDO drone.

We want to acknowledge the incident and apologize to first responders.

As part of our coverage efforts, KRDO flew above a small section of burned area near Interstate 25 around noon Thursday. There were no aircraft in the vicinity for at least an hour before the drone took flight, and the low-altitude flight was quickly completed without incident.

The pilot we contract is certified by the Federal Aviation Administration but did not realize a temporary flight restriction was in effect. Prior fires in the same vicinity this year did not have TFRs in place.

At KRDO, safety is our top priority and we have procedures in place to make sure all rules are followed. We are reviewing today’s incident to find out where our internal system broke down and have grounded the KRDO drone.

Again, our apologies — and we want to thank all first responders for their diligence during the firefighting effort.”