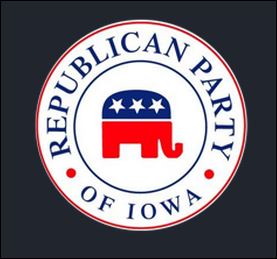 Bloomberg recently announced its latest poll found that “nearly 40% of likely [Iowa] Republican caucus-goers consider Islam inherently violent.” While a majority (53%) consider the religion “inherently peaceful,” the article’s concern was with the substantial number of GOP voters who seem to have a negative view of Islam.

By contrast, only 13% of “likely Democratic caucus-goers” have a negative view of Islam.

So, what do we draw from these findings?

First, it’s questionable whether the poll’s measure of anti-Islamic attitudes is a valid indicator of what people feel about Muslims or how to deal with Jihadist terrorism. Here is the question:

One problem is that it’s not clear what an “inherently violent religion” actually is. Both Christianity and Judaism preach peace, but include approved acts of violence on behalf of God, but does that make these religions “inherently” violent?

Certainly, most Americans have little idea about what Islam actually teaches, so any views they express must be based on news reports or other views they may have heard in the media.

The issue the poll wanted to address, I think (!), is not whether the religion itself is violent, but whether Americans believe that Muslims are more violent than followers of other faiths. That question the poll did not ask.

The poll also does not measure intensity of beliefs, so even if the question it used did indeed tap into an underlying attitude about Islam (however vague that attitude might be), we don’t know how many people firmly believe in their response, and how many are giving some top-of-mind reaction.

The intensity question is crucial, because if most GOP caucus-goers don’t hold strong views on the matter (which I suspect is the case), the idea that it might have some relevance for the Iowa caucuses is moot.

Yet, the relevance of these polls results is exactly the point that the author, Margaret Talev, strains to make. She suggests that:

“The divisions [the differences between Democrats and Republicans], coming after the Charlie Hebdo killings in France and the Islamic State’s beheading of several Western prisoners, may shape the way White House hopefuls from both parties address Islamic militancy, both in terms of fighting threats abroad and balancing freedom of religion and expression with security concerns.”

That sounds impressive, but it’s a red herring.

The “divisions” between Democrats and Republicans are completely irrelevant for the Iowa caucuses, which is the subject of her article. Why? Because the competition in the caucuses is among candidates of the same party.

Talev implies that such is the case, but she avoids even the most rudimentary analytical step to examine that idea. What she could have done was compare the vote preferences of each group of Republicans – those positive about Islam and those who were negative – to see if their preferences differed.

For example, overall the poll showed that (with Mitt Romney excluded) the top five candidates were Scott Walker (16% support), Rand Paul (15%), Mike Huckabee (13%), Ben Carson (10%), and Jeb Bush (9%). The question is whether the anti-Islamic voters had a different ranking of candidates, and different level of support for the candidates, from the GOP voters with a more positive view of Islam.

But she didn’t make the comparison.

Instead she engages in probably the worst kind of journalism – telling two anecdotes to suggest a larger pattern. She writes about a Charles Coffey, 65, of Garden Grove, Iowa, who considers Islam inherently violent, and who supports Wisconsin Governor Scott Walker.

Then she cites another poll respondent, Alex Bellings, 27, Coralville, Iowa, who sees Islam as inherently peaceful, and divides his support between Kentucky Senator Rand Paul and Former Arkansas governor and minister, Mike Huckabee.

That is the extent of her analysis. The implication, however, is clear – attitudes about Islam make a difference. But the more valid comparison is missing.

Had she run the comparison between the positive and negative groups of likely caucus-goers, I suspect she wouldn’t have found much difference. The Iowa caucuses won’t happen for another year, and voters views of the potential candidates are all over the map. But to admit there was no correlation between Islamic attitudes and vote preferences would have undermined the rationale for her whole article.

The problem she had was a poll with numbers, but with nothing that was significantly related to anything else.

Later in the article, she rambles on about demographic differences among the two groups of GOP caucus-goers, as though such differences have some meaning.

Toward the end, with no clear connection between the anti-Islamic issue and anything dealing with caucus-goers’ behavior, she writes:

“What’s unclear is how candidates will address the issue, or whether it will play a more indirect role in campaign messaging, perhaps by adding pressure on libertarian-leaning candidates such as Paul to abandon isolationist strategies.”

Yes, the future is unclear. We hardly need a badly worded poll with inconsequential results to remind us.