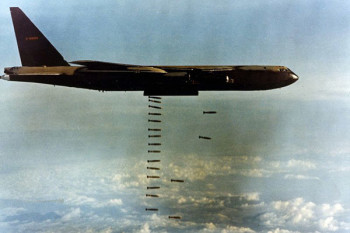 A new Gallup poll suggests that most Americans back President Obama’s decision to take military action against Islamic militants in Iraq and Syria, commonly referred to as ISIS, ISIL or the Islamic State group: 60 percent approve, 31 percent disapprove.

But how seriously should we take these results?

I ask that question, because a similar Gallup poll last June found most Americans opposed to the proposition that the U.S. take such military action. The poll was conducted after ISIS had taken control of parts of Iraq, but before the U.S. had begun any bombing in support of the defenders. Only 39 percent of Americans said they were in favor of direct military action in Iraq, while 54 percent were opposed.

So, what are our political leaders supposed to make of polls showing public opposition, when it appears that the opposition simply fades away when the government does what the public thinks it shouldn’t do?

As Gallup reports, such swings in public opinion are common:

“This increase is not atypical, as support commonly increases from the time military action is first discussed as an option until it is taken. For example, 23% of Americans favored U.S. military action to drive the Iraqis out of Kuwait in August 1990. By January 1991, just before the U.S. began the Persian Gulf War, 55% were in favor. Immediately after the U.S. began the war, 79% approved of it.”

The lesson here, apparently, is that public opinion is irrelevant to any decision the president might make regarding military action. Only long afterward, when the consequences are more fully evident, might the public view the decision to go to war as a “mistake” – which is the case now with the U.S. invasion of Iraq in 2003. But looking to the public beforehand appears fruitless, since Americans will almost certainly “rally around the flag” once the country is at war.

This interpretation is important, because the same Gallup poll also suggests that most Americans oppose sending U.S. ground troops to fight against ISIS, by a margin of 54 percent to 40 percent. But why pay attention to what the public thinks? If the government did send ground troops, the public would likely change its collective mind.

The above is one way to interpret the polling results. Another way is to recognize that large segments of the public are simply not engaged in foreign policy issues. The Gallup poll shows only a third of Americans following the issue “very closely.”

Thus, the polls showing a massive swing in opinion are simply misleading. Those polls imply that most people carefully consider the implications of the policy and formulate an opinion, when in truth, most are too busy to make such judgments.

Polls will tell us a different story, because they use forced-choice questions to create the illusion of an opinionated public. In reality, whether for good or bad, much of the public is unengaged, and political leaders can make decisions about war without regard to what the public might “think.”