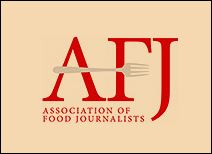 In the AFJ’s press release about the revision, published on Jim Romenesko’s website, the association explains the revisions take into account “issues emerging in the digital age, such as the challenge of maintaining anonymity and competing with bloggers.”

The association’s president, Debbie Moose, noted in the press release that the group wants to “advance ethical standards in a changing world of food journalism.”

The AFJ’s Hanna Raskin, who said she “headed the committee which revised the ethics guidelines,” told iMediaEthics by email that this was the first time “in decades” that the group updated its guidelines.

The AFJ decided to make the update when it realized its guidelines weren’t sufficient in handling accusations of plagiarism and taking freebies against an AFJ member, she wrote.

“We learned our guidelines didn’t address any of those violations or myriad other situations which regularly arise in the course of covering food in the 21st century,” Raskin wrote.  “We decided to overhaul the guidelines to reflect contemporary realities, such as blogging, media events and papers which can’t afford full-time food writers.”

Raskin added that the AFJ wanted to make guidelines applicable for “any serious food journalist…regardless of position, pay or media platform.”

iMediaEthics reviewed the old guidelines, which in total simply advised against accepting freebies, any involvement that could be a conflict of interest, using “brand names or names of specific companies or interest groups” unless “newsworthy,” taking credit for work from “other sources,” fact checking press releases, and distinguishing between opinion and news.

According to Raskin, the AFJ’s revision committee of writers at various publications “reviewed contemporary ethics codes from various publications and professional media organizations; consulted with the Poynter Institute and Dianne Jacobs, an expert on blogging ethics; and surveyed our members, specifically asking for examples of ethical issues they commonly confront.”

What the New Guidelines Say

The new AFJ guidelines are thorough and explicitly offer advice on various situations. Overall, critics are told “to be fair” and “honest” as well as abide by various ethics codes, including its own and the Society of Professional Journalists’ ethics code.

The association acknowledged some ethical issues that critics face. For example, “restaurant criticism is not an objective pursuit,” and sometimes critics may have conflicts of interest because they also have to report on restaurants.  Restaurant critics who have to report on restaurants are advised to hold interviews over the phone instead of face-to-face.

And, since reviewing isn’t “objective,” the association offered guidance on writing “negative reviews.” That guidance reads:

“Negative reviews are fine, as long as they’re accurate and fair. Critics must always be conscious that they are dealing with people’s livelihoods. Negative reviews, especially, should be based on multiple visits and a broad exploration of the restaurant’s menu. Following a consistent reviewing policy without deviation may protect a critic from charges of bias or favoritism, while providing a platform from which to defend the review.”

Critics aren’t permitted to take freebies or any comps, but in case of any special circumstances where the critic ends up not paying for something, the critic has to disclose this, according to the association’s guidelines.

The association recommended critics work “as anonymously as possible” by “keeping all photos and social-media profiles photo-free,” using fake names and dummy contact information, and pay for meals “using cash or credit cards in a name other than the critic.”

In terms of the actual reviewing, critics are told to try to make “multiple visits,” to “sample the full range of the menu,” and to “wait at least one month” before going to a new restaurant. And, if there are management, chef or location changes, the association said “a full-blown re-review is appropriate.”

The association also offered “suggestions” if a critic wanted to give star ratings.

Last fall, French Marie Claire said sorry after its Group Managing Director Jean-Paul Lubot tried to get a free meal for two and a restaurant chef rejected him.  Lubot then argued with the chef about the rejection, and the emails were posted on a French website.

In 2010, freelance wine writer John Glas tried to get free food and wine from wine bars for his story for Minnesota’s City Pages. When City Pages found out about the letter, it distanced itself from the request and said it is against the paper’s “policy to ask for free food, and we put a stop to it when we found out.”

Also in 2010, the Los Angeles Times’ food critic S. Irene Virbila — who had maintained anonymity in her years for the Times — was identified at a Beverly Hills restaurant, whose management took her picture and posted it online in retaliation for her reviews of other restaurants.  Despite the photo, the Times said Virbila would keep working as a food critic.