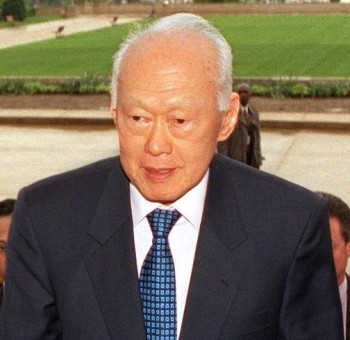 CNN’s tweet said that the death news came from a government website but it turned out that site wasn’t affiliated with the government and the story was a hoax.

The story, “Singapore dismisses Lee Kuan Yew death report as hoax,” reported that the senior director for the Singapore Ministry of Communications and Information, Farah Rahim, denied the death story, but noted that Yew, who is 91,  “has been in a hospital with pneumonia since February 5, [and] is in critical condition.”

CNN later reported on its website about being duped. “CNN published that news on its breaking news Twitter account before updating the account to quote Singapore’s government spokesman dismissing the news as a hoax,” CNN admitted. “The network has since deleted the original tweet.”

CNN was not alone in being duped, Ad Week‘s TV Newser said.

“CCTV, Sina and Phoenix Chinese News similarly reported on Mr Lee’s death but shortly after said the reports had been wrong,” Singapore’s Strait News reported. “Sina and Phoenix apologised for the mistake.”

Phoenix News Media said it was “deeply sorry” for its “big mistake” according to Channel News Asia.

The Prime Minister’s Office complained to the police about the false website, the Straits Times reported, quoting assistant commissioner of police Melvin Yong as saying “We take a very stern view against anyone who doctors a Government website to spread false information to deceive the public.”