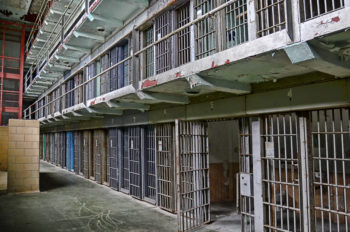 Omar Deghayes, a Libyan-born British resident, was imprisoned at Guantanamo Bay and released without charges in 2007. In 2010, the British government announced it would pay settlements to Deghayes and several other detainees after they accused the UK of “complicity in torture and extraordinary rendition.”

The UK Telegraph claimed last year that Deghayes used some of that money to pay for his nephews to join a gym to radicalize them. Two of his nephews died in Syria in 2014, allegedly as part of an al-Qaeda related group.

The Telegraph‘s claims were published in two articles last year — one from July 28 and one from Sept. 26 — and were partially based on a review of the two nephews’ deaths and radicalization.

The review identified the nephews as W and X; it said that prior to the siblings going to Syria, there were rumors that they were being given money by a relative to go to a mosque’s gym, but in fact the money was a “Reward for attending the gym instead of their plan to sneak into the cinema without paying.”

The review was conducted by the Brighton and Hove Local Safeguarding Children Board, which was established by the UK government. “A Serious Case Review should be carried out for every case where abuse or neglect is known or suspected and either a child dies; or a child is seriously harmed and there are concerns about how organisations or professionals worked together to safeguard the child,” the board’s website states. iMediaEthics has contacted the board for more information about its report and if other outlets erred in reporting on its findings.

After the apology, Deghayes said in a statement published by British Muslim news site 5 Pillars that he was “reasonably happy” that the Telegraph admitted publishing “baseless unfounded allegations.”

He added, “I regret the writer and publisher did not take professional appropriate care in writing these fictitious stories. Those claims have in turn caused several unwarranted comments from politicians and others. The harm that has been inflicted  can never be completely amended.”

The articles appear to be unpublished. iMediaEthics has written to the Telegraph to ask.

The May 1 apology reads:

“Articles published on 28 July 2017 and 26 September 2017 suggested that Omar Deghayes had used some of the compensation monies received from the British government for its alleged involvement in his rendition and unlawful imprisonment in Guantanamo Bay, to pay his nephews to attend a gym where they had been radicalised. Two of his nephews were later killed whilst fighting in Syria. We now accept that, although some of the information we published was drawn from a local authority Serious Case Review, Mr Deghayes had not paid or encouraged his nephews to attend the gym nor was he responsible for his nephews travelling to Syria. We apologise to Mr Deghayes for any distress caused and have agreed to pay him damages and legal costs.”