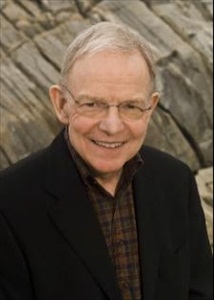 David W. Moore is a former Vice President of the Gallup Organization and Managing Editor of the Gallup Poll. He writes about a recent Gallup poll that shows bias.

According to Gallup’s news release on Dec. 16, 2009, Americans are opposed to closing the prison at Guantanamo and moving some prisoners to U.S. prisons by greater than a 2-to-1 margin. Just 30 percent favor the idea, 64 percent are opposed, and only 5 percent have no opinion.

This posting came in the wake of President Obama’s announcement that he had decided to close Gitmo and transfer some of its current prisoners to a new prison in Illinois. The conclusion, according to the article’s author, Frank Newport, is that “Congressional lawmakers voting on the plan to bring terrorist suspects now housed at Guantanamo to the U.S. will generally be doing so in the context of significant opposition from their constituents.”

There are four reasons, however, why this interpretation, and the poll results more generally, should be viewed with skepticism.

Instead of just asking whether the prison should be closed, Gallup first informed respondents that it was a place where suspected terrorists were being held. Typically, pollsters “feed” respondents information when they believe that many people don’t know much about the issue, and thus could not give an answer to their questions.

No other information about the controversies surrounding the prison was given – such as the abuse of prisoners, the lack of rights granted to prisoners under the Geneva Convention, and the opposition to keeping the prison open even by some prominent Republicans.

For respondents who had not heard of the prison, or had not followed the issue, all they knew was that suspected terrorists were being held there – and that someone wanted to move some of those prisoners to U.S. soil. For these uninformed respondents (and that could well be half or more of the sample – Gallup did not measure how many people knew anything about Gitmo), it was a no brainer to oppose closing the prison.

When Gallup interviewers ask respondents whether they support health care legislation, they add a tag line, “or don’t you have an opinion.” Their results show more than one fifth of the public who take that option. In the case of Gitmo, however, Gallup chose not to include the “don’t have an opinion” option and found only 5 percent without an opinion.

One could reasonably expect that there would be more Americans without an opinion on Gitmo than without an opinion on healthcare, given the widespread publicity about healthcare legislation being considered by Congress. Also, this legislation, if passed, will have a greater impact on most people than will any decision about Gitmo. Yet, if we were to believe Gallup’s polls, more than four times as many people have no opinion about healthcare than have no opinion about prisoners at Guantanamo!

For some reason, Gallup chose to pressure people to give an opinion on Gitmo. By feeding respondents information on one side of the issue, and then pressuring them to express a view, Gallup created a “public” that is much more supportive of keeping the prison open than a more objective approach would have revealed.

In July 2007, Gallup did in fact measure intensity on the Gitmo issue, by asking whether respondents who had just offered an opinion would be “upset” if the opposite were actually to occur. About four in ten respondents acknowledged that they would not be upset either if the prison were closed or if it remained open. Added to the 13 percent who had no opinion to start with, that made a majority (52 percent) of Gallup’s respondents who essentially did not care about the issue one way or the other, while 28 percent wanted the prison to remain open and 19 percent wanted it closed.

These figures contrast sharply with Gallup’s current results, not necessarily because opinion has changed, or because people have become more involved in the issue, but because Gallup has chosen to employ a more biased method of asking its questions.

Typically, after policy decisions are made, measured opinion shows an upward move in favor of the decision. Though the public initially opposed the Panama Canal Treaty and NAFTA, after Senate approval, majorities of the public then approved. That doesn’t mean it’s automatic that public support will increase, but it does mean that a poll conducted a month prior to Obama’s announcement does not necessarily represent what the public is thinking today.

It’s clear from news reports, that Obama faces significant opposition to his actions from some members of Congress, mostly Republicans, of course, but also some Democrats. Whether a majority in Congress will be opposed is unclear at this point. Also, what’s not clear is how many Americans care a great deal about this issue one way or the other.

In July 2007, when Gallup was willing to adopt a more objective way of measuring opinion on the issue, more than half of all Americans were willing to accept either decision – to close the prison, or to keep it open. Slightly less than three in ten were strongly opposed to closing it; slightly less than two in ten were strongly in favor. No doubt, with the salience of the issue raised, those numbers could change.

It would be helpful if, in the future, Gallup would revert to its more objective method of measuring opinion on this issue. In the meantime, we can be certain that Gallup’s claim of 2-to-1 public opposition to closing Gitmo, with only 5 percent having no opinion, is largely a fantasy of Gallup’s own making.

David Moore is a Senior Fellow with the Carsey Institute at the University of New Hampshire. He is a former Vice President of the Gallup Organization and was a senior editor with the Gallup Poll for thirteen years. He is author of The Opinion Makers: An Insider Exposes the Truth Behind the Polls (Beacon, 2008). Publishers’ Weekly refers to it as a “succinct and damning critique…Keen and witty throughout.” Moore is co-author, with pollster George Bishop, of StinkyJournalism’s Annual TOP TEN “DUBIOUS POLLING” AWARDS.