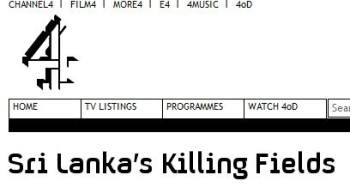 In response to the Sri Lanka documentary, the Foreign Office has requested an investigation into “the alleged war crimes during the 2009 military operation in Sri Lanka.”

The UK government’s Foreign Office’s Alistair Burt stated that the documentary and other footage from the network indicates there were “violations of international humanitarian and human rights law” that need to be investigated.