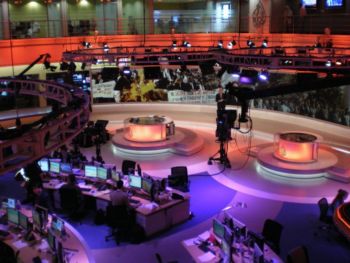 Al Jazeera published and then unpublished an opinion article arguing Tunisia closed mosques because of Islamophobia, not coronavirus.

The March 30 article, “Tunisia has a problem with internalised Islamophobia,” has been deleted.

The article still is available, however, via the Internet Archive, showing Safa Belghith wrote, “While the importance of prevention measures and controlling the spread of the virus is not debatable, the choice to completely close down mosques while only partially closing cafes was met with dismay.”

“Al Jazeera has retracted this opinion piece, in which the author argued that Tunisia’s coronavirus measures, including closing the country’s mosques, were linked to Islamophobia. Given that the closing of all houses of worship has been vital to prevent the spread of the virus, Al Jazeera can no longer be a platform for the central argument of the op-ed.“

Belghith told iMediaEthics, “I spent 2 weeks working on the article with two Al Jazeera editors, sending it back and forth with corrections and changes, they had all the time to correct or disapprove or reject anything they didn’t agree with.”

She argued the retraction was “misleading” and said she wants them to unpublish its retraction. “it really reflects bad on me and it’s being circulated as the piece that Al Jazeera retracted because the author was arguing for keeping mosques open during a pandemic, which is not the case.”

She added, “This never happened to me, I am honestly quite surprised about this and the way they handled/are handling it.”Belghith added that she tweeted about the incident and then Al Jazeera ended up deleting her name from the article byline.

iMediaEthics has written to Al Jazeera.