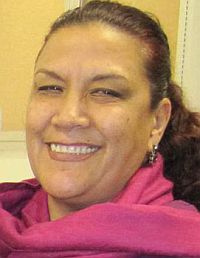 One of the ten alleged Russian spies arrested in the U.S. last week included Vicky Pelaez, a journalist, who wrote for the largest Spanish daily newspaper in New York City, El Diario/La Prensa. (Another alleged spy was arrested in Cyprus.)

As the media scrambles to find out more about the alleged spies, some outlets focus on analyzing Pelaez’s writings.

The Peruvian-born Pelaez has been reporting for thirty years. The New York Daily News wrote June 30 that in the 1980s she reported for Peru’s Channel 2.

The Daily Mail wrote June 29 that Pelaez “is best known for her opinion columns, which often criticize the U.S. government.”  In those columns, she “often criticized U.S. policy in Latin America and supported the region’s radical movements,” New York Daily News reported.

Some of her critiques targeted U.S. policy on Israel, Cuba, and immigration, Living in Peru wrote.

Most recently, Pelaez wrote a column on the oil spill in June 2010.

But, Ishmael wrote on Hot Air Green Room that he didn’t find Pelaez’s writings that unique:

“What I find remarkable about Ms. Pelaez’s writings is how… unremarkable they, in fact, are. Each commentary I’ve cited above — America as slave-driving prison state, America as xenophobic racists, America as human rights hypocrite — is pretty much a derivative recitation of just some of the choicer themes in modern Leftist thought. That Pelaez felt comfortable writing about it at all even as she was spying for another country shows a curious misappreciation for the irony of her situation — charged to undermine a free and open America for the benefit of a not-so-free and not-so-open Russia, and doing so in some of the free-est and open-est modes available. And might I add, not that creatively.”

Blogger Machetera wrote June 29 that there’s already a “smear campaign” against Pelaez, noting that Politico reported a claim of fabrication in a 2008 story by Pelaez.

NPR reported that Pelaez’s former editor, Gerson Borrero, said he “felt that there’s got to be something wrong here” with her arrest.

Pelaez’s son, Waldo Mariscal, said his mother is innocent, The Daily Mail reported.  Living in Peru wrote June 29 that Mariscal said the arrest was “a plot with ‘political motivations’ seeking to shut her opinion column” down.