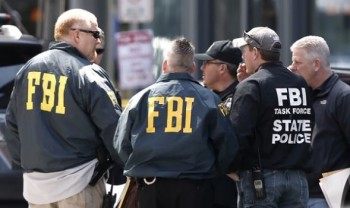 Do 94% of Americans know enough of about the Boston Bombing investigation to have an opinion?

Quick: Write down everything you know about the federal government’s investigation into the bombing at the Boston Marathon a year ago.

What? You’ve got a blank page? Hmm…

Well, if you’ve got a blank page (and I do), you’re really out to lunch. Or so the latest ABC/Washington Post poll would have us believe. According to that poll, “Liberal and Conservatives Alike Hail Boston Bombing Investigation.”

In fact, the poll shows that 94% of Americans know enough about that investigation to give it either a thumbs up (67%) or thumbs down (27%), while the rest (6%) don’t have an opinion.

You may ask, How could that be? Can people really approve or disapprove of something about which they know or remember perhaps nothing? Apparently: Yes.

Imagine you’re at home getting ready for dinner, and you get a call from someone who says she’s calling for the ABC/Washington Post poll and begins asking you a whole bunch of political questions (actually, right now we don’t know how many questions were asked, or in what order, because the pollsters are releasing their results piecemeal, giving them numerous stories about a wide range of topics – each one covered, of course, in the same in-depth manner as this one).

Then come two questions out of the blue:

“Overall, do you have a favorable or unfavorable impression of the things the U.S. government is doing to try to prevent terrorist attacks in the United States?

“Overall do you approve or disapprove of how the federal government has handled its investigation of the bombing of the Boston Marathon a year ago?”

You’ve been answering question after question about a whole range of topics, so now are you suddenly going to say you don’t remember what the federal government did after the Boston Marathon bombing? Or that you don’t have an opinion about “the things” the government is doing to prevent terrorism? Not likely (well, we know: only 3% took that option for the general question, just 6% for the marathon question).

So, if you’re not a Western rancher grazing cattle on government land for free while denying the legitimacy of the federal government more generally, what can you possibly say to these two questions? When in doubt, why not be positive? In social science argot, being positive in such situations is called “response acquiescence.” That’s shorthand for, “Sure, why not?”

In any case, the results seem to make both ABC and the Washington Post positively ecstatic, the Post saying the Boston bombing investigation “inspires more partisan unity,” and ABC noting the poll produced “unusual majority-positive ratings for government actions.” Yes, indeed! The less we all know, the more we can all agree that what’s happening is simply wonderful.