Mark Zuckerberg on How Facebook will try to Stop Fake News 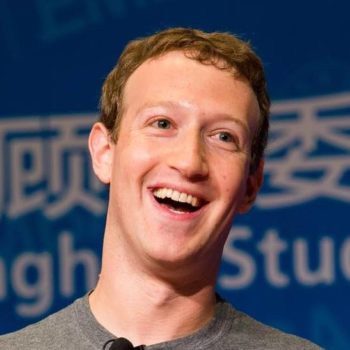 After criticism of the social networking website’s publication and promotion of fake news, Facebook CEO and founder Mark Zuckerberg shared a list of efforts the site plans to take to prevent misinformation online.

On Nov. 19, the New York Times published an op-ed about Facebook, fake news and 2016. The editorial signed by the Times‘ editorial board was headlined “Facebook and the Digital Virus Called Fake News.”

“Blocking misinformation will help protect the company’s brand and credibility,” the Times‘ editorial board wrote. Pointing to Zuckerberg’s previous comments about how he sees social media helping the world, the Times concluded, “None of that will happen if he continues to let liars and con artists hijack his platform.”

“Last May, however, Facebook faced a torrent of high-profile accusations about political bias on the Trending editorial team — so much so that, in the aftermath, the company decided to tweak the role humans play in approving Trending topics,” the Washington Post‘s Caitlin Dewey reminded last month. “On Aug. 26, Facebook laid off its editorial team and gave the engineers who replaced them a much different mandate when it came to vetting news.”

In a post on Facebook, Zuckerberg explained, “Anyone on Facebook can report any link as false, and we use signals from those reports along with a number of others — like people sharing links to myth-busting sites such as Snopes — to understand which stories we can confidently classify as misinformation. Similar to clickbait, spam and scams, we penalize this content in News Feed so it’s much less likely to spread.”

However, Zuckerberg noted that Facebook must be careful to not over-restrict information. “We need to be careful not to discourage sharing of opinions or to mistakenly restrict accurate content,” he wrote. “We do not want to be arbiters of truth ourselves, but instead rely on our community and trusted third parties.”

Just a week earlier, however, Zuckerberg claimed that fake news didn’t play a role in the election and that “only a very small amount” of what is shared on Facebook is fake.

iMediaEthics previously published a roundup of some of the fake news that circulated during the past month.

Mark Zuckerberg on How Facebook will try to Stop Fake News