New Policy at NPR for Featuring Books by Staffers - iMediaEthics

New Policy at NPR for Featuring Books by Staffers 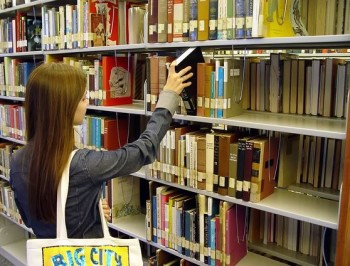 National Public Radio will not let staff feature books written by NPR staff unless they get the OK from the Senior Vice President for News, NPR ombudsman Elizabeth Jensen reported.  In addition, “NPR staff members will not appear on their own shows to discuss outside books or other works unrelated to NPR coverage,” Senior Vice President for News Michael Oreskes told Jensen.

That policy was just announced today. Before there was no “written policy on this issue or even a consistent practice,” Oreskes told Jensen.

Listeners had complained and raised questions about it being a conflict of interest for NPR to feature its staff’s books on NPR’s air before, Jensen noted, pointing to an interview earlier this week about NPR’s Steve Inskeep’s book Jacksonland, and the fact that a handful of other NPR staffers’ books had been featured on air recently.

Even Oregon Public Broadcasting and Virginia’s WMRA decided against airing this week’s interview promoting Inskeep’s book because it was a conflict of interest and promotional material, respectively, Jensen wrote.

Concerning Inskeep’s book, Oreskes told Jensen it was right to cover the book because it is “a well-researched work of history about one of our most important presidents and his relationship with the chief of the Cherokee.” But, NPR shouldn’t haven featured Inskeep’s book on Inskeep’s own show, Morning Edition. Oreskes noted that “NPR has no financial interest in Steve’s book.”

Morning Edition’s executive producer Tracy Wahl added that the interviewee, Renee Montagne, had a personal interest in the subject, wanted to cover the book, and didn’t hold back in her interviewing.

While NPR has strict conflict of interest rules, they didn’t previously address books by staffers, Jensen noted. On the other hand, “other national publications—although certainly not all— have strict rules governing how they handle books written by staffers.”

Jensen wrote that it wouldn’t be fair to issue a total ban of covering books by staffers but that a good practice would be to issue some guidelines.

“NPR should not be featuring a host’s book on his or her own program (and no longer will be; see below.) Overall, it also ought to be much more stingy when handing out these features to fellow staff members, particularly when it comes to the main newsmagazines, Morning Edition and All Things Considered, and their weekend counterparts.”

New Policy at NPR for Featuring Books by Staffers