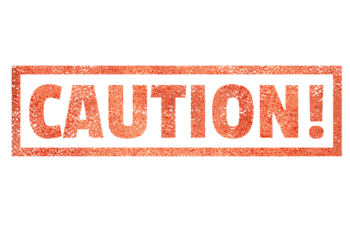 It was OK for the UK Mail Online to publish graphic footage of Paul Tam, a British tourist stabbed in the head and murdered in San Francisco last year, the UK Independent Press Standards Organisation ruled.

Tam’s family complained over the March 26 article “The horrifying moment a British tourist was fatally stabbed in the head trying to flee a bag snatcher on a busy San Francisco street,” which included closed caption television (CCTV) video and images of the attack. The article was published the day after Tam died in the hospital. The video was labeled graphic, IPSO noted. iMediaEthics has written to the Mail for comment on its decision to post the video.

“While he noted that its publication in the US might have assisted the criminal justice process there, it served no purpose to publish the video in the UK,” one of Tam’s family members told IPSO. “He said that while it was black-and-white CCTV footage, Mr Tam’s fear and pain were clearly visible and that the image would be ‘forever embedded’ in his mind.”

iMediaEthics watched the video. The black and white video is grainy. You see an apparent scuffle, with Tam running away from his attacker and then the attack in the middle of the street. While you can see the actions of Tam and his attacker running and the attack, as IPSO pointed out, you can’t clearly see Tam’s face or the weapon.

“The footage showed a horrifying moment; however, it was shot from a distance, was grainy, and did not include sound,” IPSO ruled. “Neither Mr Tam’s face nor the weapon used was visible, and while it clearly depicted Mr Tam fleeing from his attacker before falling to the floor, the quality of the video was such that the specific moment of injury could not clearly be seen.”

The Mail denied the article was clickbait, pointing out that it didn’t include advertising before the video and that it used a warning label. IPSO explained news outlets are allowed to cover “distressing events” as long as the publications are sensitive.

Further, the video was “directly relevant” and the article and video were not sensationalized, IPSO said.

“The Committee understood that watching the video of Mr Tam’s attack must have been extremely distressing to those that knew him,” IPSO ruled. “However, in circumstances where the family were notified in advance by the police that the video would be circulated to media outlets, for publication, and given the way in which it was presented in this case, the Committee did not consider that its inclusion in the article represented a failure to handle publication sensitively in breach of Clause 4.”