Trump touts high approval in Rasmussen polls, asks why media doesn’t cover. We look at why. 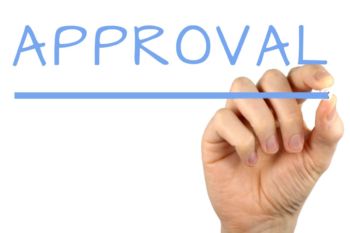 CNN’s Brian Stelter seemingly answered the president’s question, tweeting that the poll Trump cited — from Rasmussen Reports — “does not meet CNN’s standards.”  Stelter noted, “Major news outlets have standards for whether they report on polls” and pointed to CNN’s previous article for its decision against covering Rasmussen.

“Those findings come from a poll conducted using a mix of online interviews and those conducted via calls to landline telephones by a recorded voice interviewer rather than a live person. They claim to interview likely voters, without specifying in what election those people are likely to cast ballots, nor how they are identified. Polls conducted this way do not meet CNN’s standards for reporting, because they can under-represent certain segments of the population.”

It turns out that CNN is hardly alone in refusing to cover Rasmussen’s polls. iMediaEthics wrote to ABC News, NBC News, CBS News, the Associated Press, the New York Times and the Washington Post to ask what their practices and standards state toward covering Rasmussen Reports.

“We recommend against reporting others, such as pre-recorded autodialed surveys, even when a random-digit dialed telephone sample is employed.”

“On disclosure, in addition to the identities of the research sponsor and field work provider, we require a detailed statement of methodology, the full questionnaire and complete marginal data. If any of these are lacking, we recommend against reporting the results. Proprietary research is not exempted.”

While Langer didn’t explicitly state that ABC doesn’t cover Rasmussen polls, the standards he referred to would preclude such coverage.

As for the other media organizations, a quick Google search finds little evidence that the major media organizations cover Rasmussen polls on presidential approval, except – as in the case of the Washington Post — the coverage is focused on Trump’s touting of Rasmussen’s results.

The Washington Post’s spokesperson, Kris Coratti, told iMediaEthics by e-mail, “We do not have a blanket policy on citing specific third-party polls. When a poll is in the news, we review the details of how it was conducted in deciding whether and how to report on it. If a poll fails to disclose details of how it was conducted, or if there are shortcomings in its methodology, we explain the survey’s limitations to our readers or, in some cases, avoid referring to the poll.”

When ABC News announces its new polls on presidential approval, for example, you’d think it was the only poll to do so. There is no mention in either the Washington Post or ABC News of how their poll compares with others. Newspaper columnists and on-air pundits or anchors may mention the trend in presidential approval ratings compiled by Real Clear Politics from time to time, but the president’s expectation that any given poll – such as Rasmussen – will be widely covered by all the media, is simply out of line with general media practices.

UPDATE: 3/16/2018 10 PM: After publication, iMediaEthics heard from Ted Carroll, a partner from Rasmussen Reports’ majority shareholder Noson Lawen Partners, who questioned why we didn’t contact Rasmussen before publication. Given that this was a commentary piece, we had not contacted Rasmussen, but after Carroll’s e-mail, we did contact Rasmussen for a response to the reasons cited by news outlets for not reporting on Rasmussen​ ie​​: Rasmussen’s use of IVR technology and the main reason given, Rasmussen’s continuing lack of transparency about its methodology (for example, revealing how it selects potential respondents). ​

​General manager Beth Chunn ​emailed in response​ to iMediaEthics that Rasmussen Reports believes its IVR method to be strong because it doesn’t have a “live operator to potentially pass judgement on the respondent’s answers.” Chunn pointed to Rasmussen’s website regarding information on Rasmussen’s methodology, but said its Likely Voters information is “proprietary.” . “Our Likely Voters screening process is proprietary, developed over years of accurate daily polling.”

But, by not providing transparency with respect to its IVR methodology, Rasmussen is “not adherent to best practices” required by AAPOR’s Transparency Initiative (TI), which calls for polling organizations to submit to a thorough review of how they conduct polls and requires transparency to be become a member. (A kind of good housekeeping “Seal of Approval” by the most prestigious professional pollster association. iMediaEthics is a charter member of the Transparency Initiative.)

For a poll to be transparent for the public, polling organizations must explain, “who was asked and what population were they supposed to represent, what were they asked and were any adjustments made after the data were collected like weighting, and what difference does it make,” past AAPOR president, Michael W. Traugott, a Research Professor, CPS and Professor Emeritus, LSA with the University of Michigan,​ said.

AAPOR​’s ​Traugott explained to iMediaEthics by phone that pollsters “think of IVR polls generally as inferior” because it “creates issues of respondent selection” (i.e. Traditional telephone polls identify a particular person to be a poll respondent at a household, but in the case of IVR polls, an automated voice asks the survey questions to whoever answers, regardless of demographics). As such, it is difficult to weight the data (adjust it to be representative of a segment of the community), Traugott explained.

Rasmussen just announced that my approval rating jumped to 49%, a far better number than I had in winning the Election, and higher than certain “sacred cows.” Other Trump polls are way up also. So why does the media refuse to write this? Oh well, someday!

Major news outlets have standards for whether they report on polls. Rasmussen does not meet CNN's standards (here's why https://t.co/oz0zy8wFVS) https://t.co/cYiuzJtzph

While the Fake News loves to talk about my so-called low approval rating, @foxandfriends just showed that my rating on Dec. 28, 2017, was approximately the same as President Obama on Dec. 28, 2009, which was 47%…and this despite massive negative Trump coverage & Russia hoax!

Trump touts high approval in Rasmussen polls, asks why media doesn’t cover. We look at why.