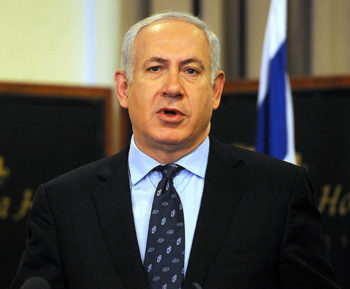 Israeli Prime Minister Benjamin Netanyahu’s wife threw him out of a car during a fight?

Netanyahu’s lawsuit demands $76,000 and an apology. The case is now in court.

iMediaEthics has written to Netanyahu’s lawyer to ask the status of the case, for a copy of the lawsuit, and if this is the first time Netanyahu has sued over a social media post.

We’ve also written to the newspaper to ask if it is backing Sarna in the legal battle.

Via Facebook, Sarna reiterated to iMediaEthics that he stands by his Facebook post. “Out of many, many things I wrote about him, he choose the one that he knew its almost impossible to prove and in the [Facebook] where I am not protected by my newspaper,” he messaged iMediaEthics about Netanyahu’s lawsuit.

“When the prime minister’s hefty convoy stops at night (it happened), four black vehicles and more and more security men and guards and cars, and out of it a not-so-young man is ejected in the dark, with shouts, into the darkness on Route 1, because one woman doesn’t want him to remain with her in the car and makes a mockery of all the security and in fact all of the country, it’s part of life. Make every possible sound so we don’t hear everything going up in the flames of madness. Beat the drums.”

Below, see a screenshot of the post, via Haaretz. 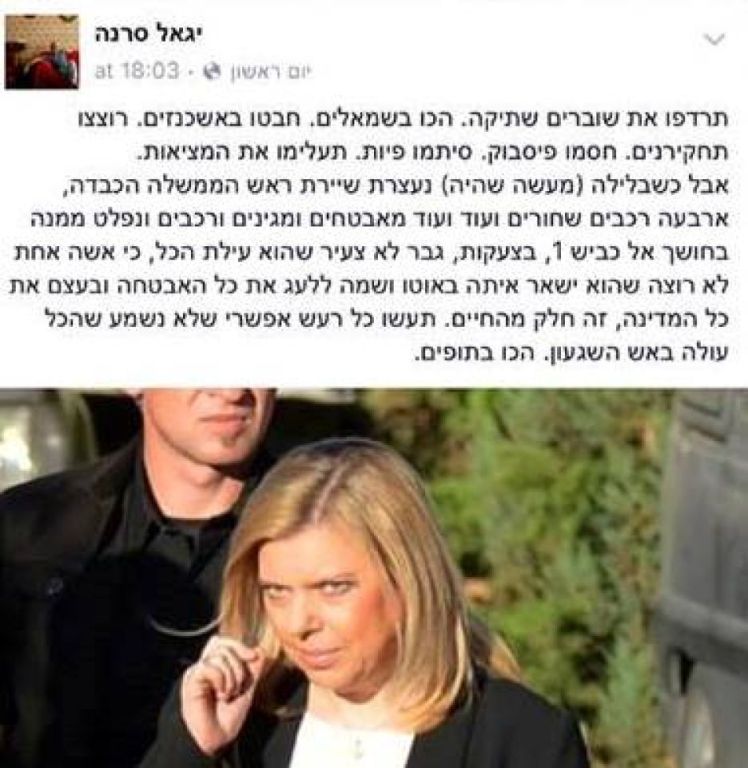 Sarna stands by his post as “entirely true published in good faith based on proper and reliable sources, and bearing characteristics similar or identical to known episodes in the Netanyahu’s family life,” YNet, the sister publication for his newspaper reported.

In court, he said, “Today I’m sure it happened, even more than before.”

Sarna explained he had four sources and only posted on Facebook, not in a news outlet, “because he regarded it a small matter,” according to the news wire UPI.

Netanyahu testified in court, saying “it didn’t happen” and “it is so false, so absurd, ridiculous,” the Times of Israel reported.

According to YNet News, Netanyahu’s wife Sara Netanyahu “objected to the question” in court of whether they argued in the car, and then said “she doesn’t recall any argument.”

Netanyahu filed the lawsuit against Sarna in March 2016.