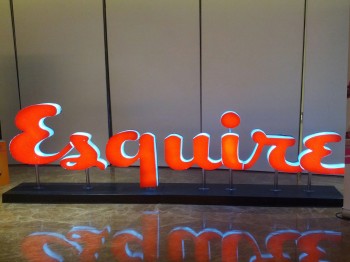 The family of Rep. Devin Nunes (R-CA), who own a farm in Iowa, is now suing Esquire and reporter Ryan Lizza for $25 million.

The lawsuits by the family of Nunes are in addition to Nunes’ own lawsuits against the media. Nunes sued over the article in Oct. 2019. Also in 2019, he sued McClatchy newspaper company and CNN.

The lawsuit, filed Jan. 16, 2020 in the U.S. District Court for the Northern District of Iowa, alleges the Sept. 2018 Esquire article, “Devin Nunes’s Farm is Hiding a Politically Explosive Secret?” by Lizza is a “wholly contrived controversy” and “hit piece” against the family. Suing are NuStar Farms (in Sibley, Iowa), Nunes’s father Anthony Nunes, Jr. and Nunes’ brother Anthony Nunes III. Lizza is now with Politico.

The Esquire article asked “why did [Nunes’s] parents and brother cover their tracks after quietly moving the farm to Iowa?”

The lawsuit alleges in part:

“The Defendants published click-bait, sensationalist, egregious misstatements simply to sell magazines and, in Lizza’s case, to distract readers from his negative image and history as a sexual predator and to improve his standing. The Defendants’ had an axe to grind against Devin Nunes, and wrote the hit piece shortly before the 2018 Congressional election, in order to accomplish a nefarious purpose. The Defendants’ misconduct is egregious. They should never be permitted to attack the reputations and standing of anyone, especially hard-working private individuals. They should be punished for their unlawful actions and a very strong message needs to be sent to prevent other so-called “journalists” from acting in a similar way.”

Lizza was fired in 2017 from The New Yorker after an allegation of “improper sexual conduct.” Lizza denied the allegation and argued the firing was over a “respectful relationship with a woman I dated.”

The lawsuit claims the article was a “deeply flawed and desperate attempt” to attack and harm the political standing of Devin Nunes and “to retaliate against Devin for exposing corruption.” It denies that Devin Nunes “owns an interest in NuStar”

iMediaEthics has written to Lizza, Esquire and the Nunes family’s attorney.