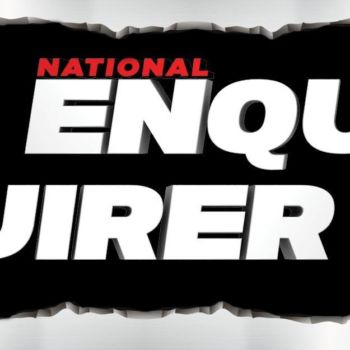 Michael Sanchez, the brother of Jeff Bezos’s girlfriend, is suing the National Enquirer for $75 million over its reporting on Bezos and his sister’s affair.

In a defamation lawsuit filed March 27, Sanchez argued the National Enquirer “wanted to deliver a political ‘payback'” to Bezos “as a favor for powerful allies, including a high-level conservative U.S. politician and the government of a foreign nation.”

The lawsuit claims the National Enquirer already had evidence of Bezos’s relationship but couldn’t use it so it contacted him. The Enquirer, the suit claims, “had a long-standing relationship” with him because he is a talent manager. The lawsuit says that Sanchez “leveraged his connections and professional relationships to delay the inevitable story” and then “tried to minimize the fallout for his sister by making a deal to cooperate strategically with Defendants in return for control over the story narrative.”

The lawsuit claims that in response to Bezos’s complaints and investigation, the National Enquirer “issued a false and defamatory press release” alleging Sanchez was its source for the allegations including nude photos of Bezos. That “devastated” Sanchez’s “professional career and reputation” and “destroyed the invaluable media relationships that are the ‘tools’ of his trade, and left him estranged from his own family.”