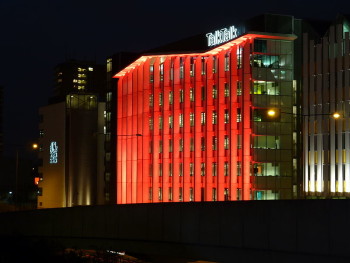 Three UK news outlets are facing invasion of privacy lawsuits over their coverage of a minor accused of hacking a phone and Internet company, TalkTalk, the Press Gazette reported.

The three news outlets being sued are the Telegraph, the Sun and the Daily Mail.

In addition to the boy’s lawsuit, Belfast High Court Justice O’Hara issued an injunction for Google and Twitter to erase identifying information about the teen, RTE said.

Around 157,000 TalkTalk customers’ “personal detail were accessed,” and “more than 15,600 bank account numbers and sort codes were stolen” in the hack, according to the BBC.

The newspapers “all gave undertakings to protect the boy’s identity pending the outcome of the case,” according to the BBC’s Nov. 6 report.

But the boy says the three outlets’ coverage made him identifiable and that the coverage led to him being named on social media linked to the charges.

His family even had to move because of the attention, the BBC reported.

In a statement on its website, the UK Metropolitan Police announced the 15-year-old boy’s Oct. 26 arrest for “suspicion of Computer Misuse Act offenses.”

The Daily Mail defended its coverage, arguing it didn’t identify the boy because the newspaper “altered the boy’s appearance and changed his hair colour in the photo it used,” according to the BBC.

The Daily Mail‘s website show that it published numerous articles about him — some were wire stories — including:

One Daily Mail article was updated Nov. 6, the day the lawsuit against the media was reported. iMediaEthics doesn’t know if the boy is suing over that article but notes the article quotes from the boy’s blog, describes the area where he lives, his schooling situation and notes that the boy “cannot be named for legal reasons.”

In comparison, The Telegraph and Sun each published just a couple of articles about the boy.

The Sun declined to comment to iMediaEthics about the lawsuit. iMediaEthics has also written to the Telegraph and Sun for comment.