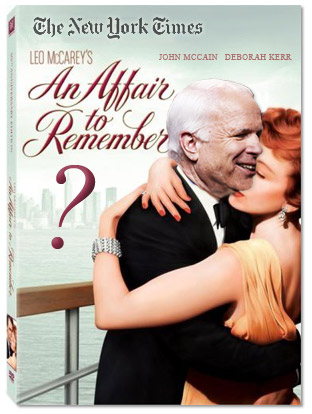 Under a bland headline, “For McCain, Self-Confidence On Ethics Poses Its Own Risk,” the New York Times published an article on Senator John McCain  on February 21st that has gotten considerable attention, and provoked heated debate – by late afternoon that same day, Google News listed 1,565 articles in other publications about the Times article. The piece generated more than 2,000 online comments in the Times alone.

Much of the piece was a rehash of past scandal and redemption. Financier Charles Keating contributed heavily to McCain’s political campaigns, and in turn received help from McCain in fending off federal regulators. Keating’s bank, the Lincoln Savings and Loan Association  went bankrupt, Keating went to jail, and the five senators who had helped him became known as the Keating Five. McCain became a crusader for campaign finance reform.

But the reaction to the Times article was sparked by about a third of the 3,000-word story that focuses on McCain’s “relationship” with telecommunications lobbyist Vicki Iseman, and specifically the several paragraphs that imply the relationship was romantic – e.g. “Convinced the relationship had become romantic, some of his top advisers intervened to protect the candidate from himself – instructing staff members to block the woman’s access” – a charge both McCain and Iseman deny.

A headline in the Los Angeles Times about the controversy got to the nut of it: “McCain denies romantic or improper relationship with lobbyist.”

The Politico sums up the reaction in the McCain camp: “McCain camp vows to ‘go to war’ with NYT “

The campaign has made the article an issue, calling it a “smear campaign” and hoping to win conservative support with a backlash.

But there are some who question not why the article ran, but why it ran so late. Back in December, the Drudge Report reported that the McCain campaign was trying to spike the story;  Times editor Bill Keller “expressed serious reservations about journalism ethics and issuing a damaging story so close to an election.”

The day after the Times article finally appeared two months later, after McCain’s frontrunner status had been secured, Gabriel Sherman of The New Republic tells the story behind the Times story: “The publication of the article capped three months of intense internal deliberations at the Times over whether to publish the negative piece and its most explosive charge about the affair. It pitted the reporters investigating the story, who believed they had nailed it, against executive editor Bill Keller, who believed they hadn’t.” The Times itself announced  that the “editors and reporters who worked on the article will be answering questions….Please send yours to askthetimes@nytimes.com.” 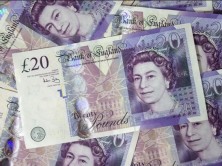